Oxford History of the Reformation 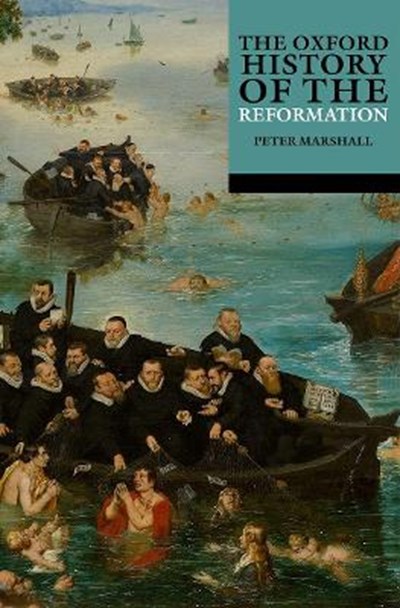 Oxford History of the Reformation

QTY
Add to Basket
Publisher: Oxford University Press
ISBN: 9780192895264
Number of Pages: 240
Published: 16/06/2022
Width: 12.9 cm
Height: 19.6 cm
Description Author Information Reviews
'a vital resource' TLS 'Compelling collection' Literary Review The Reformation was a seismic event in history whose consequences are still unfolding in Europe and across the world. Martin Luther's protests against the marketing of indulgences in 1517 were part of a long-standing pattern of calls for reform in the Christian Church. But they rapidly took a radical and unexpected turn, engulfing first Germany, and then Europe, in furious arguments about how God's will was to be 'saved'. However, these debates did not remain confined to a narrow sphere of theology. They came to reshape politics and international relations; social, cultural, and artistic developments; relations between the sexes; and the patterns and performances of everyday life. They were also the stimulus for Christianity's transformation into a truly global religion, as agents of the Roman Catholic Church sought to compensate for losses in Europe with new conversions in Asia and the Americas. Covering both Protestant and Catholic reform movements, in Europe and across the wider world, this compact volume tells the story of the Reformation from its immediate, explosive beginnings, through to its profound longer-term consequences and legacy for the modern world. The story is not one of an inevitable triumph of liberty over oppression, enlightenment over ignorance. Rather, it tells how a multitude of rival groups and individuals, with or without the support of political power, strove after visions of 'reform'. And how, in spite of themselves, they laid the foundations for the plural and conflicted world we now inhabit.

Peter Marshall FBA was born and raised in the Orkney islands, and educated at the University of Oxford. Since 1994, he has taught at the University of Warwick, where he has been Professor of History since 2006. A leading specialist in the history of the Reformation, particularly its impact in the British isles, he has written nine books and over sixty articles on these themes. He is a two-time winner of the Harold Grimm Prize (for best article in Reformation Studies), and his account of the English Reformation, Heretics and Believers, won the Wolfson History Prize in 2018. He is a co-editor of English Historical Review. Peter is married with three daughters, and lives in Leamington Spa.