Spinoza and the Freedom of Philosophizing 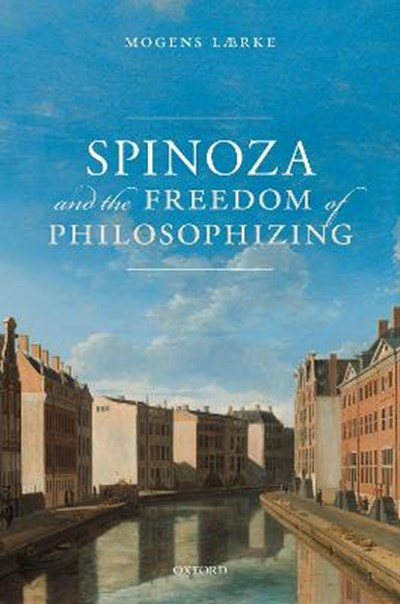 Spinoza and the Freedom of Philosophizing

eBook FAQ
Add to Basket
Publisher: Oxford University Press
ISBN: 9780192895417
Number of Pages: 400
Published: 25/02/2021
Width: 16.4 cm
Height: 2.7 cm
Description Author Information Reviews
Spinoza and the Freedom of Philosophizing is a study of freedom of speech, good government, civic responsibility, public education, and the foundations of religion and society, as seen through the eyes of seventeenth-century Dutch philosopher Spinoza. During the Golden Age of the Dutch Republic, a new kind of public sphere emerged. Courtly structures of political advice made room for new, republican forms of public consultation between the sovereign powers and the general citizenry. Missing, however, were guidelines for how and when to address questions of public concern and how to form unprejudiced citizens in possession of their own free judgment, capable of speaking up for themselves in public deliberations with the common interest in view. The book argues that Spinoza's conception of the freedom of philosophizing, and the systematic political theory he developed to defend it in his 1670 Theological-Political Treatise, were conceived to provide just such guidelines. It shows how Spinoza understood the freedom of philosophizing as a collective style of reasoning and argument based on mutual teaching and advising, a model for the public sphere in a free republic. It studies the conditions under which such a public sphere of free philosophizing could flourish, how it would require popular reform of public education and democratic reorganization of the relations between political counsel and sovereign command. It also shows how Spinoza designed theological and political doctrines of universal faith and social contract in order to promote true religion and a sense of civic duty, and asserted the state's right over sacred matters as a means to ensure mutual toleration in a multi-religious society.

Mogens Laerke is Senior Researcher at the French National Centre for Scientific Research (CNRS), a fellow at the Maison Francaise d'Oxford (MFO), and member of the research institute IHRIM at the Ecole Normale Superieure de Lyon. A specialist in early modern philosophy, notably Leibniz and Spinoza, he has published widely on early modern metaphysics, epistemology, philosophy of religion, and political philosophy. He is the managing editor of the BSHP New Texts in the History of Philosophy series from Oxford University Press.