Good for the Souls

A History of Confession in the Russian Empire 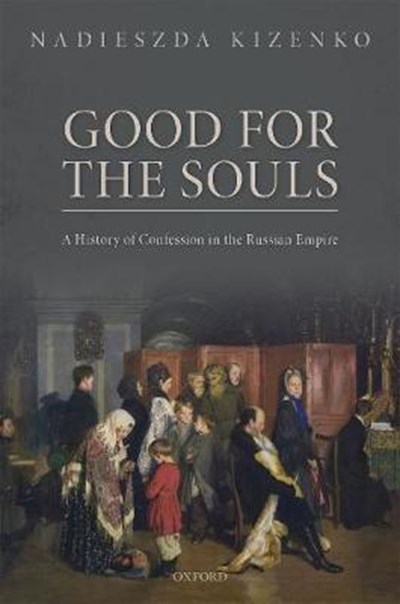 Good for the Souls

A History of Confession in the Russian Empire

eBook FAQ
Add to Basket
Publisher: Oxford University Press
ISBN: 9780192896797
Number of Pages: 344
Published: 22/04/2021
Width: 16.3 cm
Height: 24 cm
Description Author Information Reviews
From the moment that Tsars as well as hierarchs realized that having their subjects go to confession could make them better citizens as well as better Christians, the sacrament of penance in the Russian empire became a political tool, a devotional exercise, a means of education, and a literary genre. It defined who was Orthodox, and who was 'other.' First encouraging Russian subjects to participate in confession to improve them and to integrate them into a reforming Church and State, authorities then turned to confession to integrate converts of other nationalities. But the sacrament was not only something that state and religious authorities sought to impose on an unwilling populace. Confession could provide an opportunity for carefully crafted complaint. What state and church authorities initially imagined as a way of controlling an unruly population could be used by the same population as a way of telling their own story, or simply getting time off to attend to their inner lives. Good for the Souls brings Russia into the rich scholarly and popular literature on confession, penance, discipline, and gender in the modern world, and in doing so opens a key window onto church, state, and society. It draws on state laws, Synodal decrees, archives, manuscript repositories, clerical guides, sermons, saints' lives, works of literature, and visual depictions of the sacrament in those books and on church iconostases. Russia, Ukraine, and Orthodox Christianity emerge both as part of the European, transatlantic religious continuum-and, in crucial ways, distinct from it.

Nadieszda Kizenko is Professor of History and Director of Religious Studies at the University at Albany. She is the author of the prize-winning book A Prodigal Saint: Father John of Kronstadt and the Russian People, numerous articles on Orthodox Christianity including The Feminization of Patriarchy? Women in Contemporary Russian Orthodoxy (winner of Best Article, Association for the Study of Eastern Christianity), and several translations.