Protestant Theology and Modernity in the Nineteenth-Century Netherlands 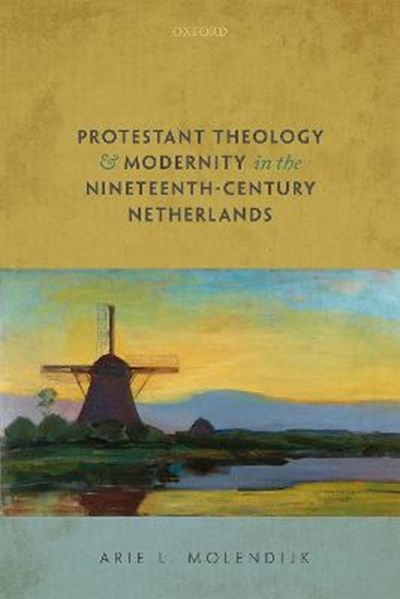 Protestant Theology and Modernity in the Nineteenth-Century Netherlands

eBook FAQ
Add to Basket
Publisher: Oxford University Press
ISBN: 9780192898029
Number of Pages: 240
Published: 24/12/2021
Width: 16.2 cm
Height: 24 cm
Description Author Information Reviews
Protestant Theology and Modernity in the Nineteenth Century Netherlands examines how Dutch Protestant thinkers and theologicans met the challenges of the rapidly modernizing world around them. It shows that the nineteenth-century saw theology fundamentally transformed and reinvented in a variety of ways. Enlightenment values were fiercely attacked by orthodox Pietists but embraced by 'modern' theologians. Positions were not fixed and theologians had to work hard to maintain their intellectual integrity. Jewish Isaac da Costa converted to Christianity and fulminated against the Zeitgeist. Allard Pierson, who in his youth had been under the spell of Da Costa, resigned from his ministry and adopted an 'agnostic' stance. Abraham Kuyper modernized theology and politics, by laying the foundations of 'pillarization' (the segmented social structures based on differences in religion and worldview) of Dutch society. Abraham Kuenen revolutionized the study of the Old Testament, and Protestant theologians made ground-breaking contributions to the emerging science of religion. This book used in-depth studies of a small number of significant and influential Protestant thinkers to analyse how they addressed specific modern transformation processes such as political modernization, the pluralization of world views, and the emergence of critical historical scholarship. It also considers the significant Dutch contribution to the historical-critical study of the Bible, and the emergence of the modern comparative study of religion.

Molendijk has extensively published in the history of ideas, in particular on nineteenth- and twentieth-century theology and religious studies. His latest books are The Emergence of the Science of Religion in the Netherlands (Brill, 2005) and Friedrich Max Muller and the Sacred Books of the East (Oxford University Press, 2016). Molendijk is also engaged in research on religion, identity, and the public sphere, and has participated in a research programme on new sacred places and emerging rituals.