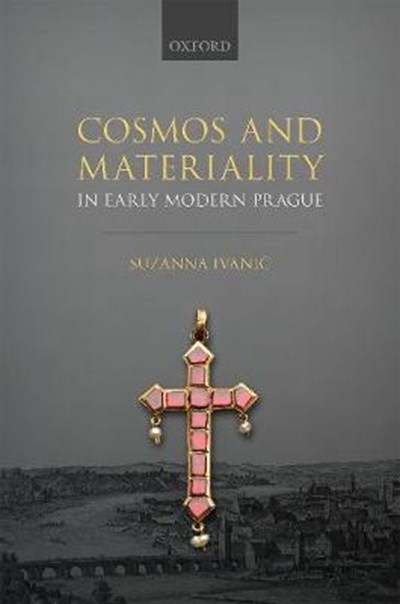 eBook FAQ
Add to Basket
Publisher: Oxford University Press
ISBN: 9780192898982
Number of Pages: 256
Published: 24/06/2021
Width: 16.5 cm
Height: 24 cm
Description Author Information Reviews
Prague in the seventeenth century is known as home to a scintillating imperial court crammed with exotic goods, scientists, and artisans, receiving ambassadors from Persia, and also as a city suffering plagues, riots, and devastating military attacks. But Prague was also the setting for a complex and shifting spiritual world. At the beginning of the century it was a multiconfessional city, but by 1700 it represented one of the most archetypical Catholic cities in Europe. Through a material approach, Cosmos and Materiality pieces together how early modern men and women experienced this transformation on a daily basis. Cosmos and Materiality in Early Modern Prague presents a bold alternative understanding of the history of early modern religion in Central Europe. The history of religion in the early modern period has overwhelmingly been analysed through a confessional lens, but this book shows how Prague's spiritual worlds were embedded in their natural environment and social relations as much if not more than in confessional identity in the seventeenth century. While texts in this period trace emerging discourses around notions of religion, superstition, magic, and what it was to be Catholic or Protestant, a material approach avoids these category mistakes being applied to everyday practice. It is through a rich seam of material evidence in Prague - spoons, glass beakers, and amulets as much as traditional devotional objects like rosaries and garnet encrusted crucifixes - that everyday beliefs, practices, and identities can be recovered.