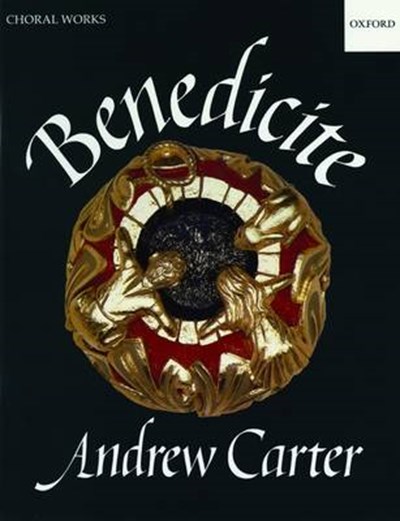 Andrew Carter was born in 1939 into a Leicestershire family of tower and handbell ringers. Following a music degree at the University of Leeds, he joined York Minster Choir, and was subsequently Director of Music at the Bar Convent Grammar School, where he achieved his first successes as a choir trainer. His wealth of experience of directing both mixed-voice and upper-voice choirs has given him a deep understanding of the voice, expressed by a lyricism and sense of drama underpinned by distinctive, often bitter-sweet harmonies. His vast collection of anthems and Christmas carols, together with a substantial number of large-scale choral works, have earned him a reputation as one of Britain's most respected contemporary choral composers.

It is definitely a work that ... should be part of any choir's repertoire. Mastersinger Andrew Carter's abitility to write idiomatic choral music in a personal style has greatly enriched contemporary music-making. His Benedicite has now attained classic status...graceful rhythms and orchestration, music that never outstays its welcome. Donald Webster, Yorkshire Post [Benedicite] exactly fitted the bill and was greatly enjoyed by the choirs, orchestra, and audience. I am sure that [it] will recieve many more performances in the future as it is exactly what's needed in the choral repertoire. Philip Ledger This is tuneful, joyous music, well thought out, with nice contrasts of mood, tempo, and orchestration between movements. Nicholas Bannan, Music Teacher One of the most absorbing and enjoyable premieres I have heard in years...rewarding equally for performers and audience alike. Neil Butterworth, Scottish Review