Christ, whose glory fills the skies 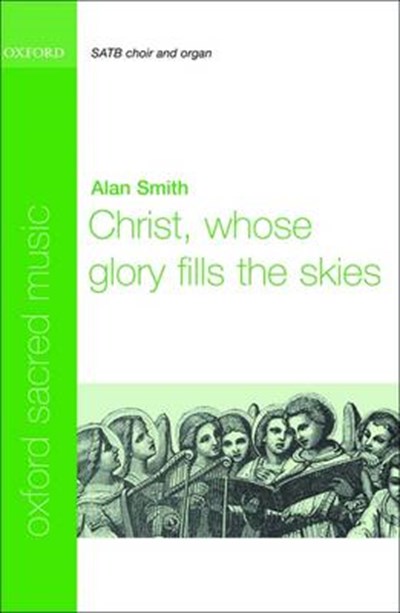 Christ, whose glory fills the skies

Alan Smith was born in London and studied as Organ Scholar at Kings College, London from 1981 to 1984. At the same time, he specialised in composition, studying with Nicola LeFanu and David Lumsdaine. Having completed his postgraduate training at the London Institute of Education, Alan began his teaching career in Croydon. He is currently Head of Music at Hazelwick School, Crawley. Alan first came to prominence as a composer in 1990 when he won the RSCM's annual composing competition. His winning piece, Let the Peoples Praise You O God, has subsequently been widely performed and remains one of his best known works. In 2006, he was a shortlisted finalist in the Canadian Choral Composition Contest and in 2007, a prizewinner in a Handel-inspired Chamber Organ Composing Competition. Since 1998, Alan has been Director of Music at St Andrew's Church in Burgess Hill, West Sussex, England.

A bright and lively piece that shouldn't pose too many problems for most choirs ... A singable anthem, and an accessible central piece suitable for a festival or feast day. Jonathan Wikeley, Music Teacher, June 09 IF 7/8 time appeals, you could do far worse than to investigate this engaging setting of Wesley's beloved hymn-text. The Journal of the Association of Anglican Musicians, May 2009