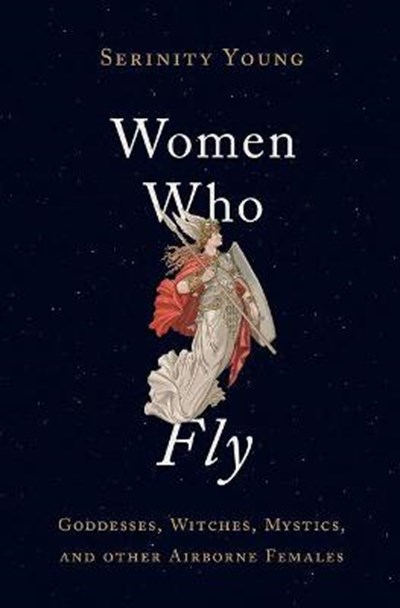 QTY
Add to Basket
Publisher: Oxford University Press Inc
ISBN: 9780195307887
Published: 15/02/2018
Description Author Information Reviews
From the asparas of Hindu myth to the swan maidens of European fairy tales, tales of flying women-some with wings, others with clouds, rainbows, floating scarves, or flying horses-reveal both fascination with and ambivalence about female power and sexuality. In Women Who Fly, Serinity Young examines the motif of flying women as it appears in a wide variety of cultures and historical periods, expressed in legends, myths, rituals, sacred narratives, and artistic productions. She covers a wide range of themes, including supernatural women, like the Valkyries, who transport men to immortality; winged goddesses like Iris and the Greek goddess Nike; figures of terror like the Furies, witches, and succubi; the relationship of marriage and freedom; the connections between women, death, and rebirth; dreams about flying and shamanistic journeys; airborne Christian mystics; and wayward women like Lilith and Morgan le Fay. Young also looks at the mythology surrounding real-life female aviators like Amelia Earhart and Hanna Reitsch. Throughout these examples of flying women, Young demonstrates that female power has been inextricably linked with female sexuality and that the desire to control it was and continues to be a pervasive theme in these stories. The relationship between sex and power is most vividly portrayed in the 12th-century Niebelungenlied, in which the proud warrior-queen Brunnhilde loses her great physical strength when she is tricked into losing her virginity. But even in the 20th century the same idea is reflected in the exploits of the comic book character Wonder Woman, who, posits Young, retains her physical strength only because her love for fellow aviator Steve Trevor goes unrequited. The first book to systematically chronicle the figure of the flying woman in myth, literature, and art, Women Who Fly sheds new light on the ways in which women have both influenced and been understood by society and religious traditions around the world.

Serinity Young is a research associate in the Department of Anthropology at New York's American Museum of Natural History. She is also Adjunct Assistant Professor of Classical, Middle Eastern, and Asian Languages and Cultures at Queens College.