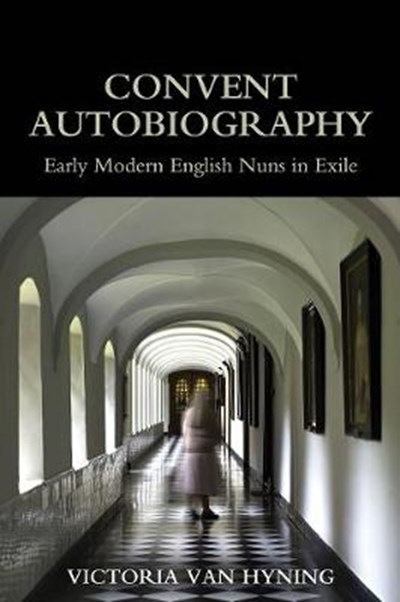 QTY
Add to Basket
Publisher: Oxford University Press
ISBN: 9780197266571
Number of Pages: 416
Published: 06/06/2019
Width: 16.2 cm
Height: 24.1 cm
Description Author Information Reviews
Convent Autobiography reveals how English Catholic women wrote about themselves, their families, and their lives in a period where it was illegal to practice Catholicism in England. These nuns went into a two-fold kind of exile for their beliefs. They moved abroad and they "died to the world", trying to cut ties with family and friends. Yet their convents needed support from outsiders to thrive. The nuns studied here reveal how they navigated this through their letters, printed works, paintings, and prayers. Often times these women wrote anonymously, a common practice for nuns, monks, and devout people of many religious persuasions up until the twentieth century. But anonymity was not just a neutral way of signalling humility or deep religious belief; it could allow people to write about themselves a lot more than they would have while writing under their own name. Exploring how some nuns exploited this to shape their convent's chronicle around their own points of view, Convent Autobiography holds up a mirror to the think about the double-edged role of anonymity throughout history.

Victoria Van Hyning received a Masters in Medieval English Literature from Oxford University and a PhD in Early Modern Literature from the University of Sheffield where she held a British Library co-doctoral award. She held two postdoctoral fellowships at Oxford: a Digital Humanities and Crowdsourcing Fellowship (Zooniverse, Department of Astrophysics), and a British Academy Postdoctoral Fellowship (Faculty of English and Pembroke). She has published on women's writing, autobiography, early modern Catholicism, and crowdsourcing. Her online humanities crowdsourcing interest has led her to relocate to the USA where she serves as a Senior Innovation Specialist at the Library of Congress.