Making of the Scottish Dream Vision 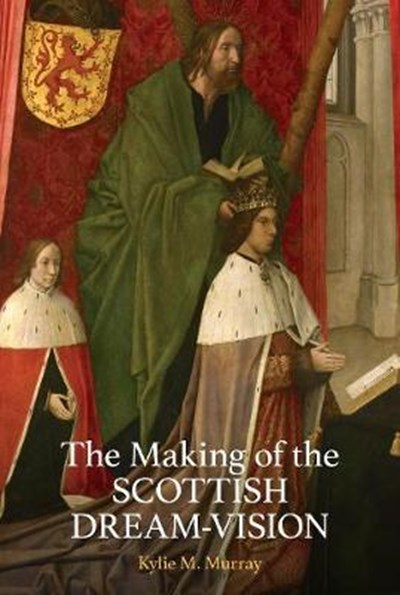 Making of the Scottish Dream Vision

QTY
Add to Basket
Publisher: Oxford University Press
ISBN: 9780197266809
Number of Pages: 320
Published: 28/07/2022
Width: 15.6 cm
Height: 23.4 cm
Description Author Information Reviews
This book is about how Scotland responded to the dream-vision, Medieval Europe's most widely known literary form and precursor of the novel. Studies abound in Continental and English dream-vision writing: Dante's Divine Comedy, France's Romance of the Rose, and a host of English dream-visions, especially Chaucer. This book shows for the first time that dream-vision was a central aspect of Scotland's literary and intellectual culture across several centuries and languages. It therefore invites new understandings of Medieval and Early Modern Scotland. Moreover, its innovative approach to the dream-vision itself looks beyond dream-poetry which is the sole focus of other studies of the genre. Instead, it shows how dream-vision intersected with prose and verse writings, with romance, chronicle, epic, theological works and more. In so doing, it yields a new angle of studying the dream-vision which could be applied to other nations, making this book significant to scholars of global medieval literature.

After completing her first degree at St Andrews University with the Lorimer Prize for Scottish Literature, Kylie Murray completed graduate research in Older Scottish Literature, kindly funded by the AHRC and Scottish International Education Trust at Lincoln College Oxford. Next, she held a British Academy Post-Doctoral Fellowship and Junior Research Fellowship at Balliol College, Oxford, during which she identified Scotland's oldest secular book. Passionate about sharing the excitement of pre-Union Scotland as widely as possible, Kylie Murray is an AHRC/BBC New Generation Thinker, and also gave the first ever British Academy Chatterton Lecture on an Older Scots poet.