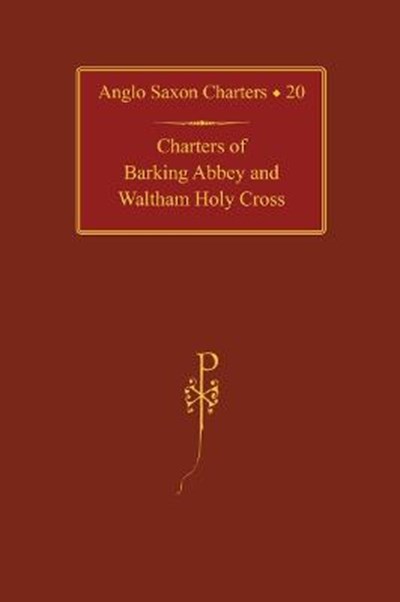 QTY
Add to Basket
Publisher: Oxford University Press
ISBN: 9780197266885
Number of Pages: 368
Published: 18/11/2021
Width: 16.5 cm
Height: 24.2 cm
Description Author Information Reviews
Barking Abbey is the only English nunnery which has an institutional history stretching from its foundation in the seventh century to its dissolution by Henry VIII (with a short interruption during the Viking Age). A hitherto unknown cache of eight Anglo-Saxon charters from Barking was discovered in the 1980s and these are edited here for the first time, along with other early documents from the house. These are set in context by a comprehensive and ground-breaking introduction to the history of Anglo-Saxon Barking. The volume also includes an edition of the important charter of Edward the Confessor for the abbey of Waltham Holy Cross, with an introduction exploring the history and archaeology of Waltham.

Susan Kelly is a specialist in Anglo-Saxon diplomatic. She studied at Clare College, Cambridge, from 1979 until 1985, and then moved to St Catherine's College, Oxford (Rank Foundation Research Fellow 1985-8; British Academy Research Fellow, 1988-91). She returned to Cambridge for five years (Department of Anglo-Saxon). She was a research fellow at Birmingham University (1996-7, 1998-2012). Since 2015 she has been Senior Research Fellow at the University of East Anglia.