Archive of a Ugandan Missionary 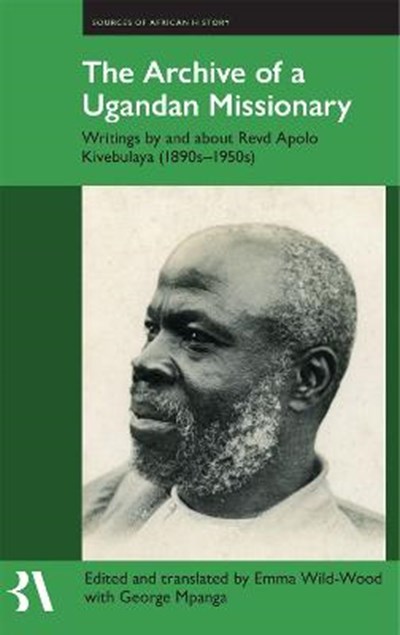 Archive of a Ugandan Missionary

QTY
Add to Basket
Publisher: Oxford University Press
ISBN: 9780197267233
Number of Pages: 276
Published: 16/12/2021
Width: 15.8 cm
Height: 23.8 cm
Description Author Information Reviews
This source book of translated texts gives insight into the history of religious and social change in East Africa, from the 1890s until the 1930s, through the everyday concerns of African Christians. Originally in Luganda, the documents are written by, or about, an early Ugandan clergyman Apolo Kivebulaya who propagated a Protestant form of Christianity in Toro and Ituri (Congo). They show how a literate Christian identity was formed away from centres of power, and how African admirers responded to Kivebulaya and influenced their own societies. Kivebulaya was a forerunner of a piety propagated through the East African Revival that continues to infuse contemporary Christianity in the region and influences in the Great Lakes region.

Emma Wild-Wood is Senior Lecturer in African Christianity and African Indigenous Religions in the School of Divinity, University of Edinburgh and Co-Director of the Centre for the Study of World Christianity. Previously Wild-Wood taught in Bunia in DR Congo and in central Uganda. Wild-Wood directed the Cambridge Centre for Christianity Worldwide and lectured in the University of Cambridge. Most recently she has written, The Mission of Apolo Kivebulaya: Religious Change in the Great Lakes of Africa, (2021). George Mpanga is an independent researcher based in Kampala, and the founder of George Mpanga and Associates, a company dealing in all kinds of research.