Belief and Culture in the Middle Ages 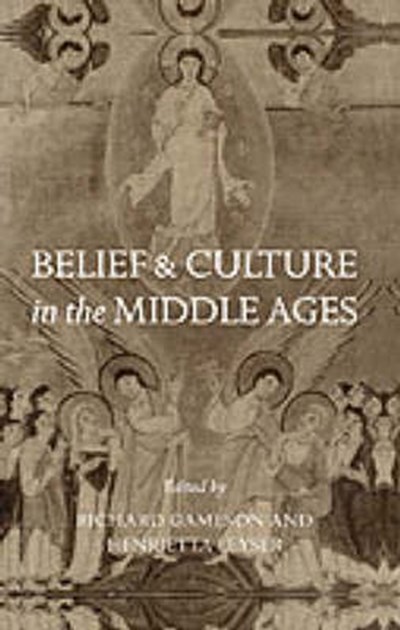 Belief and Culture in the Middle Ages

QTY
Add to Basket
Publisher: Oxford University Press
ISBN: 9780198208013
Number of Pages: 386
Published: 12/04/2001
Width: 16.4 cm
Height: 24.4 cm
Description Author Information Reviews
Are there angels within spitting distance of men? What did Pope Gregory the Great think of pagans? Were the monks of Battle compulsive forgers? Is temptation always a bad thing? These and many other fascinating questions are explored in this book. Commisssioned in honour of the distinguished medieval historian, Henry Mayr-Harting and reflecting the range and focus of its honorand's interests, the twenty-five essays provide a panoramic and stimulating exploration of the interrelated fields of belief and culture in the middle ages. Sanctity and sacred biography, seduction and temptation, forgery and litigation, patronage and art production, conversion and oppression were all part of the rich fabric of medieval Christian culture that is scrutinized here. Individually the studies shed new light on a series of key issues and questions relating to the cultural, religious, and political history of the sixth-century church, of Anglo-Saxon and Norman England, and of Carolingian, Ottonian, and Investiture Contest Europe; while collectively they illuminate the interaction of Christianity and politics, of secular and sacred, and of belief and culture from late antiquity to the thirteenth century.

The strength of the volume is its repeated making new of old questions and matter, the scratching away of layers to reveal the vividness of an original text. Revue d'Histoire Ecclesiastique Truly a fitting tribute to a gifted teacher and noted scholar. History This collection is a coherent one which makes a quite particular contribution to medieval studies ... Henry Mayr-Harting's influence is present in every part of this collection ... This volume is a fitting tribute to a very distinguished scholar. English Historical Review