Oxford History of the Laws of England Volume I

The Canon Law and Ecclesiastical Jurisdiction from 597 to the 1640s 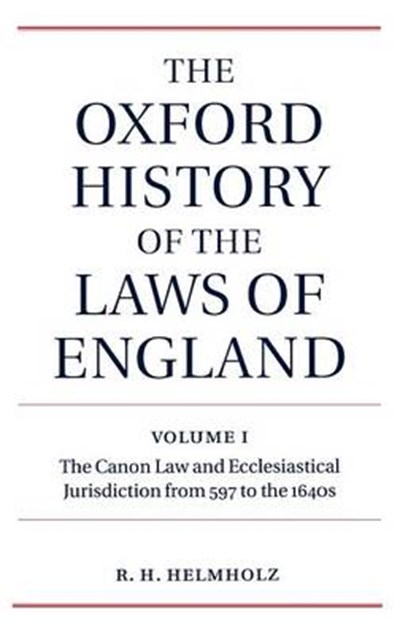 Oxford History of the Laws of England Volume I

The Canon Law and Ecclesiastical Jurisdiction from 597 to the 1640s

QTY
Add to Basket
Publisher: Oxford University Press
ISBN: 9780198258971
Number of Pages: 726
Published: 22/01/2004
Width: 16.6 cm
Height: 24.2 cm
Description Author Information Reviews
This volume traces the reception and subsequent history of the canon law in England between 597 and 1649. It covers, amongst other topics, the Anglo-Saxon laws, both secular and spiritual; the establishment of consistory courts; and the fate of the canon law during and after the English reformation. Secondly, this volume addresses the subjects under ecclesiastical jurisdiction: Civil procedure and the Law of Proof; monetary obligations and economic regulation; testamentary law and probate jurisdiction; tithes and spiritual dues; churches and the clergy; marriage and divorce; defamation; and crimes and criminal procedure. These subjects are examined using evidence from later medieval and early modern court records, and the volume seeks to place them within the context of formal canon law. The volume also places ecclesiastical jurisdiction within the context of English society and the English common law.