History of the Churches in Australasia 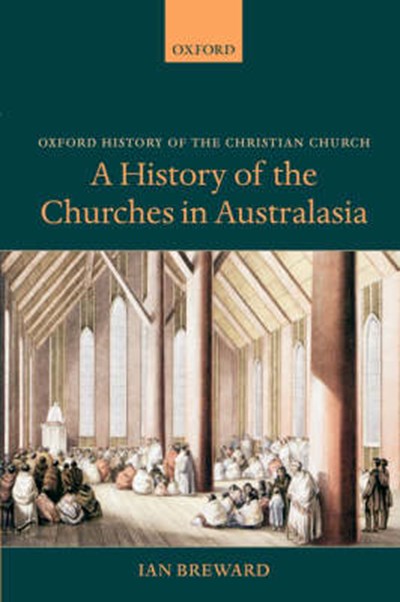 History of the Churches in Australasia

QTY
Add to Basket
Publisher: Oxford University Press
ISBN: 9780198263562
Number of Pages: 496
Published: 13/12/2001
Width: 16.3 cm
Height: 24.4 cm
Description Author Information Reviews
This pioneering study of Australian, New Zealand, and Pacific Christianity opens up new perspectives on Christianization and modernization in this richly complex region. The reception of Christianity into Pacific cultures has produced strongly Christian societies. Based on research in widely scattered archives, this book not only deals with regional interactions but pays careful attention to developments in microstates, and to the variety of indigenous religious movements, which were earlier regarded as deviations from Christian orthodoxy but are now seen as significant adaptations of Christian teaching. In Australia and New Zealand too, European Christian beginnings have been given local emphases, producing Churches with distinctive identities. Lay leadership is emphasized - not only in the Churches but as part of the Christian presence in the realms of politics, business, and culture. The broad liturgical, theological, constitutional, and pastoral developments of the 19th and 20th centuries are mapped, as a context for the striking changes which have taken place since the 1960s. The dynamics of religious change and conflict, the ambiguities of religious authority, and the destructive effects of Christian colonialism on indigenous communities, especially Australian aborigines, are all frankly dealt with. The decline of the institutional impact of the Churches in Australia and New Zealand is explored, as is the growth of partnership between government and Churches in education, social welfare, and overseas aid and development. Interchange in personnel and ideas is strikingly illustrated in the missionary activities of the regional Churches and their cultural impact. The author's involvement in Church and community leadership, ecumenism, and theological education makes this volume in The Oxford History of the Christian Church a valuable addition to the series, describing both continuities with world Christianity and little-known local developments.

Ian Breward is Emeritus Professor of Church History, United Faculty of Theology and Senior Fellow in the History Department, University of Melbourne

... an impressive piece of work that fills a huge gap. For years to come it will be a resource for historians and a stimulus to debate and further research. Journal of Ecclesiastical History This book provides a richly textured and thickly peopled survey of the history of the Christian Churches in Australasia, with many original insights. Journal of Ecclesiastical History ... with few exceptions the published work on the religious history of the region is not widely known in Britain and North America. This book, in a prestigious series on the history of the Christian Church, is therefore important. It is the first substantial synthesis of the modern religious history of the whole region and also a reference work which international scholars will consult for information on the distinctive shape and influence of the Christian Churches in Australasia. Journal of Ecclesiastical History Illuminating ... author and publisher are to be commended on the inclusion of a superbly comprehensive and clear series of maps ... splendid book ... this is a worthy addition to the Oxford History of the Christian Church, and one that will stand the test of time. Journal of Theological Studies This is a scholarly work of immense scope that explores the distinctive features of Christianity in this part of the world. The Age An impressively wide-ranging work, denominationally as well as geographically ... It is an account of a multifaceted denominational development from missions to Churches, and of the struggle by those Churches to make a positive contribution to social transformation. That is its unique value. Church Times