A Sect in Action in Eighteenth-Century England 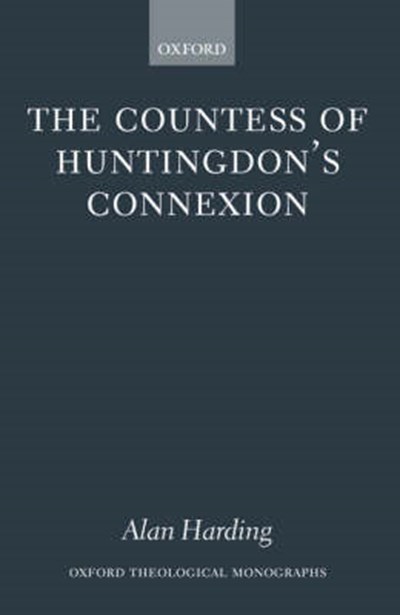 A Sect in Action in Eighteenth-Century England

QTY
Add to Basket
Publisher: Oxford University Press
ISBN: 9780198263692
Number of Pages: 432
Published: 02/10/2003
Width: 14.4 cm
Height: 22.4 cm
Description Author Information Reviews
This is the first detailed study of the operation of the Countess of Huntingdon's Connexion, an important group in early Methodism. Alan Harding explores how the Connexion developed locally; the identity of its preachers and their training; the religious and social origins of those who joined its congregations; and the relationship between central direction and local initiative. The book examines the Connexion's attitudes to the Church of England and also to Dissent, to whose revival in the later eighteenth century it made a significant contribution. It considers the Connexion's relationship with other sections of the Revival, and reflects on the doctrinal issues that divided it from Weleyan Methodism.

Alan Harding was formely a member of the Senior Civil Service. He is now a parish priest in Hertfordshire

...Dr Harding has meticulously combed the archives on both sides of the Atlantic, and...it is unlikely that any more material in his field will come to light. ... One of the many merits of Harding's monograph is to provoke questions ... outside the field he cultivates so thoroughly. Professor W.R.Ward, English Historical Review This is a careful and welcome investigation of a small but significant strand of the revival, placing Lady Huntingdon and her Connexion in the broader context of 18th century evangelicalism in all its vigour and complexity. Methodist Recorder Alan Harding's well-written and authoritative account begins with an excellent survey of the eighteenth-century religious scene and adds greatly to our knowledge of a significant grouping. Theology Alan Harding's formidably learned study re-establishes the seriousness of the Connexion as a Calvinistic popular movement rather than the aristocratic toy it has often been thought to be, and so makes a case for its reintegration into wider movements. Church Times [An] excellent investigation Journal of Ecclesiastical History, Volume 57/3