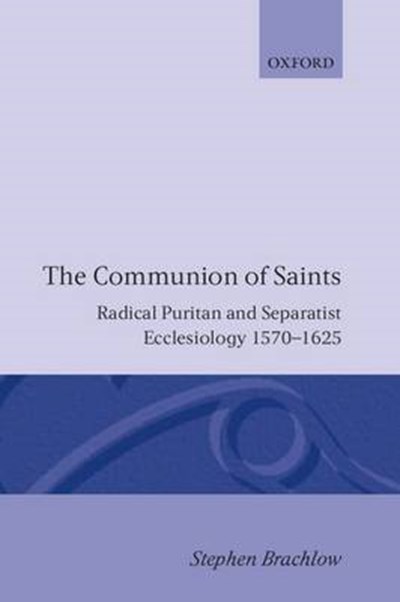 QTY
Add to Basket
Publisher: Oxford University Press
ISBN: 9780198267263
Number of Pages: 304
Published: 17/11/1988
Width: 14.4 cm
Height: 22.5 cm
Description Author Information Reviews
This study of left-wing puritan and separatist ecclesiology in Elizabethan and Jacobean England explores several major ecclesial motifs, including the relationship of soteriology, eschatology, and puritan covenant thought to ecclesiology; radical puritan and separatist ideals about the government of gathered churches; the role of synodical authority; and the relationship between church and state. Instead of looking at pre-revolutionary dissent in terms of two distinct ecclesiological categories of radical puritan `presbyterians' and separatist `congregationalists', the author underlines the shared ecclesiological ideals of both traditions. While recognizing that there were presbyterian as well as congregational tendencies within each of the two movements, he argues that they were by no means always clear, nor denominationally fixed. It was an ecclesiology still in its infancy, largely untested by the moulding of long-standing, unhindered practice, and bearing within itself the possibilities of development in more than one direction. For this reason, radical puritan polity would prove to be a rich and many-layered source, providing an ideology that could be manipulated by both Independents and Presbyterians for historical support of their respective polities, when denominationalism began in the mid- seventeenth century.

'Dr Brachlow announces what he has found, with assurance and without prejudice' Geoffrey F. Nuttall, Journal of Theological Studies 'Stephen Brachlow's The Communion of Saints will go a long way to furthering a better understanding of radical Puritan ecclesiology on both sides of the debate. The book provides some very valuable background to the debate that should help to keep our assessment of the various parties involved in historical perspective. This is a highly informative and worthwhile read for those interested in the development of seventeenth-century. Puritan ecclesiology in England. It will help to redress the misunderstanding created by crusading and often ill-informed polemics on both sides of the "Grand Debate".' Christianity & Society, October 1994 This thesis is presented with great erudition, and exhaustive citation from a very large number of contemporary works. D.'s scholarship is profound. As a highly specialized st. of a specific aspect of English puritan thought, this book is penetrating, judicious and exhaustive. Archive for Reformation History Supplement Literature Review 19 (1990)