Severus of Minorca: Letter on the Conversion of the Jews 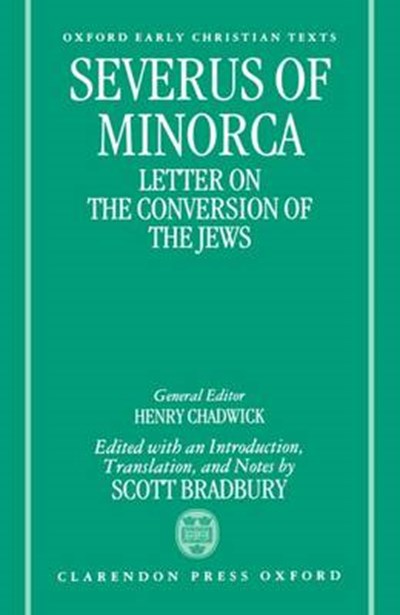 Severus of Minorca: Letter on the Conversion of the Jews

QTY
Add to Basket
Publisher: Oxford University Press
ISBN: 9780198267645
Number of Pages: 154
Published: 29/08/1996
Width: 14.3 cm
Height: 22.5 cm
Description Author Information Reviews
This book provides an edited text, introduction, and the first English translation of a central document in the history of religious coercion in late antiquity: Severus of Minorca's Letter on the Conversion of the Jews. The Letter describes the forced conversion of the Jews of Minorca to Christianity in AD 418, allegedly under the influence of St Stephen's relics. Although ostensibly a hagiographical work, the Letter is fundamentally an anti-Jewish document, and therein lies its interest for historians. It offers a fascinating perspective on Jewish-Christian relations in a Mediterranean town, and on the motives for religious intolerance in the unsettled ages of the Germanic invasions. In addition, its wealth of information about a diaspora Jewish community in the western empire makes it unique among the surviving sources.

"Bradbury makes a convincing case for authenticity and has produced a well-edited and smoothly translated text."--Religious Studies Review"This slim volume brings to light an important and absorbing text that will surprise and delight scholars of Jewish-Christian relations."--Bryn Mawr Classical Review