Early Development of Canon Law and the Council of Serdica 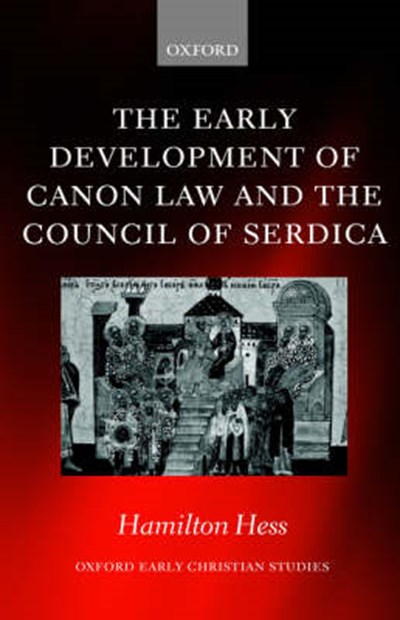 Early Development of Canon Law and the Council of Serdica

QTY
Add to Basket
Publisher: Oxford University Press
ISBN: 9780198269755
Number of Pages: 292
Published: 03/10/2002
Width: 14.5 cm
Height: 22.3 cm
Description Author Information Reviews
When first published in 1958, The Canons of the Council of Sardica, AD 343 at once became the standard account of the canons passed by the Western bishops assembled at Serdica in 343 and the thinking on Church matters that lay behind them. In this new edition Hamilton Hess has updated his account in the light of recent literature and translated all quotations into English to reach a wider audience. There is also a new section on the development of canons in the early Church from local provisions to general rules, and an appendix with the full texts of the canons in the original Latin, in the Greek translation, and in the recasting by Theodours Diaconus, together with English translations of all three.

The first edition of this book rapidly established itself as the definitive analysis of a crucial moment in the emergence of canon law. By revising and augmenting it as he has, Hess has placed his establishment of the canonical texts and exegesis of their contents within the wider context of conciliar activity and collective rule-making in the early Church. It is a worthwhile and stimulating revision, which will fittingly take the place of its valued predecessor. The Journal of Theological Studies The value of the book has been greatly enhanced by adding a first part, covering the development of synodical practice from the beginnings to 343, a work in which the same comprehensive scholarship and shrewd judgement is applied to sparse and sometimes contradictory evidence ... The result is a study unique in English, a reliable guide to all the historical aspects. Journal of Ecclesiastical History ... a fine book. Journal of Ecclesiastical History