Pelagius' Commentary on St Paul's Epistle to the Romans 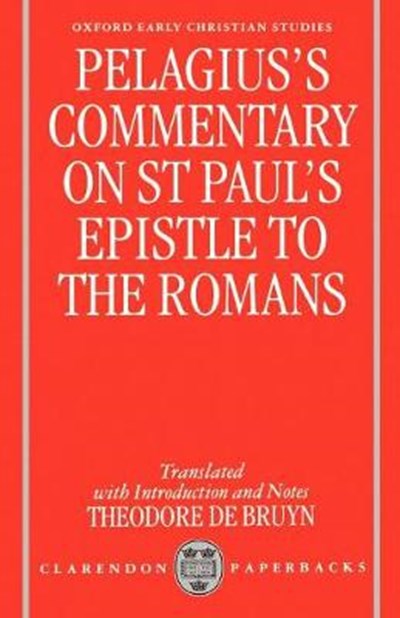 Pelagius' Commentary on St Paul's Epistle to the Romans

QTY
Add to Basket
Publisher: Oxford University Press
ISBN: 9780198269809
Number of Pages: 246
Published: 23/04/1998
Width: 13.9 cm
Height: 21.7 cm
Description Author Information Reviews
The Pelagian controversy - whether man is saved through predestination or by his own free will - has proved one of the most enduring and fiercely contended issues of the Christian church, and has secured Pelagius, a British theologian and exegete who taught in Rome during the late 4th and early 5th centuries, a lasting place within its history. Few of Pelagius' writings, however, have been preserved, and until recently none was available in English translation. This volume presents Pelagius' Commentary on St Paul's Epistle to the Romans for the first time in English. The Commentary, one of thirteen on the Pauline Epistles, dates from the time when Pelagius was active in Rome, before he became embroiled in controversy. But already there are adumbrations of the later debate and signs of different currents of thought in Italy and beyond. In his introduction Theodore de Bruyn discusses the context in which Pelagius wrote the commentary and the issues which shaped his interpretation of Romans. He also takes up questions about the edition of the commentary. The translation is annotated with references to Pelagius' contemporaries. A new recension of Pelagius' text of Romans is presented in an appendix.

It is very welcome ... to have the good translation of it by de Bruyn, with its admirable introduction and compact but useful notes, available in paperback. It contains much valuable information for the specialist, while at the same time making the Commentary accessible to the general reader. Maurice Wiles, Journal of Theological Studies 50:2 1999 an essential resource for anyone interested in Pelagius. Expository Times