Asceticism and Anthropology in Irenaeus and Clement 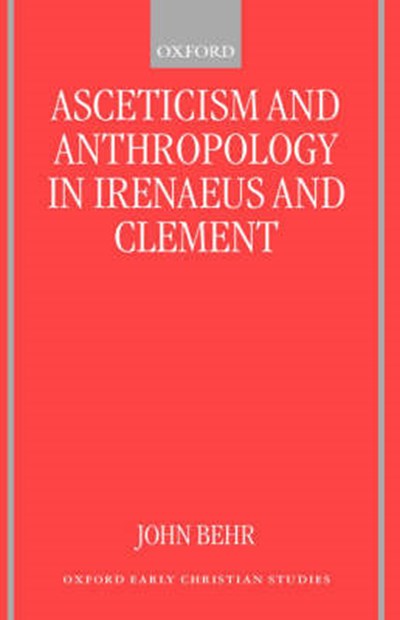 Asceticism and Anthropology in Irenaeus and Clement

QTY
Add to Basket
Publisher: Oxford University Press
ISBN: 9780198270003
Number of Pages: 272
Published: 14/09/2000
Width: 14.4 cm
Height: 22.4 cm
Description Author Information Reviews
This book examines the ways in which Irenaeus and Clement understood what it means to be human. By exploring these writings from within their own theological perspectives, Dr Behr also offers a theological critique of the prevailing approach to the asceticism of Late Antiquity. Writing before monasticism became the dominant paradigm of Christian asceticism, Irenaeus and Clement afford fascinating glimpses of alternative approaches. For Irenaeus, asceticism is the expression of man living the life of God in all dimensions of the body, that which is most characteristically human and in the image of God. Human existence as a physical being includes sexuality as a permanent part of the framework within which males and females grow towards God. In contrast, Clement depicts asceticism as man's attempt at a godlike life to protect the rational element, that which is distinctively human and in the image of God, from any possible disturbance and threat, or from the vulnerability of dependency, especially of a physical or sexual nature. Here human sexuality is strictly limited by the finality of procreation and abandoned in the resurrection. By paying careful attention to these two writers, Dr Behr offers challenging material for the continuing task of understanding ourselves as human beings.

John Behr is the Dean of St Vladimir's Orthodox Theological Seminary and Professor of Patristics and Metropolitan Kallistos Chair in Orthodox Theology at Vrije Universiteit. His previous publications include Asceticism and Anthropology in Irenaeus and Clement (2000) and Irenaeus of Lyons: Identifying Christianity (OUP, 2013). He is also the co-editor of The Role of Life in Death: A Multidisciplinary Examination of Issues pertaining to Life and Death (Wipf and Stock, 2015; with C. Cunningham).

... a provocative, gripping and well-crafted book. It is a brilliant sample of English Patristic scholarship. Archaevs: Studies in History of Religion ... the strength of the book lies in its simple and persuasive rhetoric and argument, and bold engagement with some complex issues Archaevs: Studies in History of Religion ... an important contribution to the growing literature on asceticism in Early Christianity and it will certainly meet the expectations of any patristic expert in either Irenaeus or Clement ... will be of great interest also for philosophers and theologians reading ethics, and for historians of Late Antiquity. Archaevs: Studies in History of Religion ... useful and learned ... in the chapters on Irenaeus Behr has cut a clear path through some notorious thickets. Dutch Review of Church History A very good work of patristic scholarship. Journal of Religious History Behr's work is fascinating, particularly as his readings of Irenaean texts concerning the complex question of the relationship of soul, breath of life and the Holy Spirit differ significantly from standard interpretations. The Expository Times