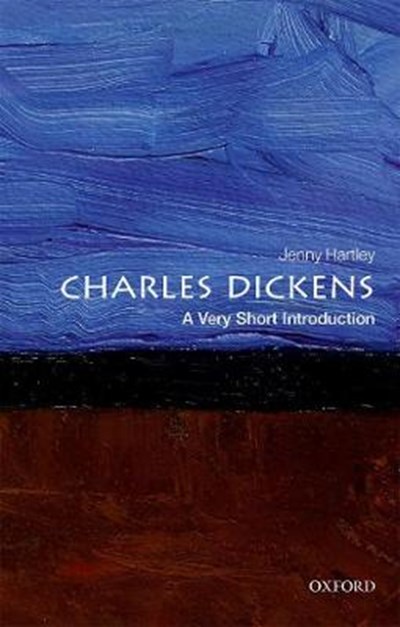 QTY
Add to Basket
Publisher: Oxford University Press
ISBN: 9780198714996
Number of Pages: 152
Published: 28/02/2019
Width: 13.9 cm
Height: 17.6 cm
Description Author Information Reviews
Charles Dickens is credited with creating some of the world's best-known fictional characters, and is widely regarded as the greatest novelist of the Victorian age. Even before reading the works of Dickens many people have met him already in some form or another. His characters have such vitality that they have leapt from his pages to enjoy flourishing lives of their own: The Artful Dodger, Miss Havisham, Scrooge, Fagin, Mr Micawber, and many many more. His portrait has been in our pockets, on our ten-pound notes; he is a national icon, indeed himself a generator of what Englishness signifies. In this Very Short Introduction Jenny Hartley explores the key themes running through Dickens's corpus of works, and considers how they reflect his attitudes towards the harsh realities of nineteenth century society and its institutions, such as the workhouses and prisons. Running alonside this is Dickens's relish of the carnivalesque; if there is a prison in almost every novel, there is also a theatre. She considers Dickens's multiple lives and careers: as magazine editor for two thirds of his working life, as travel writer and journalist, and his work on behalf of social causes including ragged schools and fallen women. She also shows how his public readings enthralled the readers he wanted to reach but also helped to kill him. Finally, Hartley considers what we mean when we use the term 'Dickensian' today, and how Dickens's enduring legacy marks him out as as a novelist different in kind from others. ABOUT THE SERIES: The Very Short Introductions series from Oxford University Press contains hundreds of titles in almost every subject area. These pocket-sized books are the perfect way to get ahead in a new subject quickly. Our expert authors combine facts, analysis, perspective, new ideas, and enthusiasm to make interesting and challenging topics highly readable. * This book was previously published in hardback as Charles Dickens: An Introduction

Jenny Hartley is Emeritus Professor at the University of Roehampton. She is the author of two books on British women's writing from the Second World War, and The Reading Groups Book (2001, 2002 OUP), a pioneering survey of reading groups. Her work on Dickens includes Charles Dickens and the House of Fallen Women (Methuen 2008) and editing The Selected Letters of Charles Dickens (OUP 2012). She is a founder member of the Prison Reading Groups project, and was President of the International Dickens Fellowship 2013-2015.