Oxford Illustrated History of the Renaissance 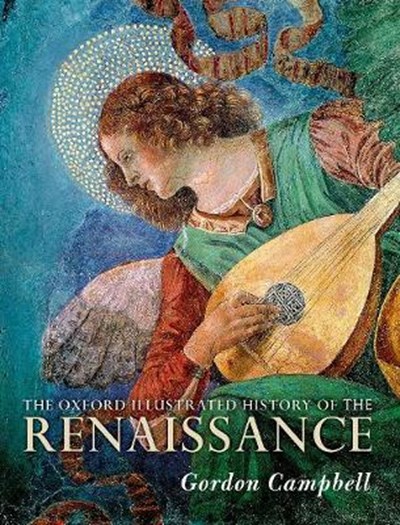 Oxford Illustrated History of the Renaissance

QTY
Add to Basket
Publisher: Oxford University Press
ISBN: 9780198716150
Published: 01/04/2019
Description Author Information Reviews
The Renaissance is one of the most celebrated periods in European history. But when did it begin? When did it end? And what did it include? Traditionally regarded as a revival of classical art and learning, centred upon fifteenth-century Italy, views of the Renaissance have changed considerably in recent decades. The glories of Florence and the art of Raphael and Michelangelo remain an important element of the Renaissance story, but they are now only a part of a much wider story which looks beyond an exclusive focus on high culture, beyond the Italian peninsula, and beyond the fifteenth century. The Oxford Illustrated History of the Renaissance tells the cultural history of this broader and longer Renaissance: from seminal figures such as Dante and Giotto in thirteenth-century Italy, to the waning of Spain's 'golden age' in the 1630s, and the closure of the English theatres in 1642, the date generally taken to mark the end of the English literary Renaissance. Geographically, the story ranges from Spanish America to Renaissance Europe's encounter with the Ottomans-and far beyond, to the more distant cultures of China and Japan. And thematically, under Gordon Campbell's expert editorial guidance, the volume covers the whole gamut of Renaissance civilization, with chapters on humanism and the classical tradition; war and the state; religion; art and architecture; the performing arts; literature; craft and technology; science and medicine; and travel and cultural exchange.

Gordon Campbell is Fellow in Renaissance Studies at the University of Leicester, and is a Fellow of the British Academy. In January 2012 he was presented with the Longman History Today Trustees Award (for lifetime contribution to history). He has authored and edited many books for OUP including The Oxford Dictionary of the Renaissance (2003); Renaissance Art and Architecture (2004); John Milton: Life, Work and Thought (2008; co-author); Bible: the Story of the King James Version, 1611-2011 (2010); and The Hermit in the Garden: from Imperial Rome to Ornamental Gnome (2013).