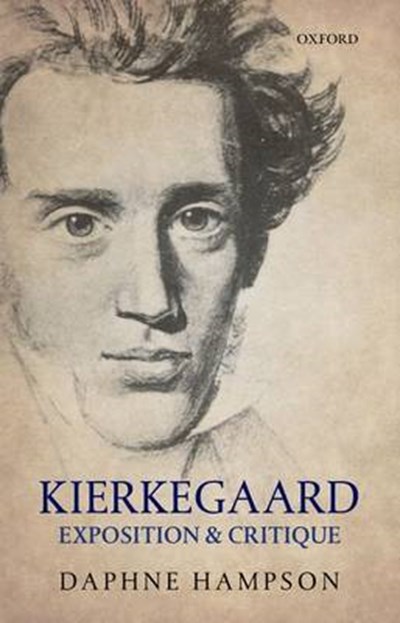 QTY
Add to Basket
Publisher: Oxford University Press
ISBN: 9780198723219
Number of Pages: 362
Published: 16/10/2014
Width: 14.2 cm
Height: 21.6 cm
Description Author Information Reviews
Kierkegaard is a fascinating author. Living shortly after the dawn of modernity in the Enlightenment, he restates classical Christianity in novel and dynamic fashion. His Lutheran heritage is pivotal here as he places 'faith' over against 'reason'. But we should recognise that decidedly pre-modern epistemological presuppositions lie behind Kierkegaard's theological contentions, giving us pause for thought. A profound thinker with eclectic interests, philosophical, theological, ethical, social and pastoral, Kierkegaard never ceases to engage the reader. His insights into human life - the matter of coherence of the self, the crucial category of the individual, or the significance of choice - are memorable. A fine writer with observant eye, Kierkegaard enthrals the reader with his flair, perspicacity and ready wit. After an initial chapter on Kierkegaard's intellectual milieu, the book considers seven of his major texts. An 'Exposition', with extensive quotation, sets the text in philosophical, theological and historical context. Following which a 'Critique' raises issues, ranging from Kierkegaard's indifference to biblical scholarship, to his lack of recognition of the regularity of causation, and his a-political outlook. A final chapter considers Kierkegaard as a person and evaluates the authorship. Lucidly written, Hampson's book provides a general introduction to Kierkegaard, while greatly aiding novice readers of his texts. It should also command the attention of scholars, for its forthright debate with Kierkegaard and for illuminating, as has no previous work, his Lutheran thought forms. Provocative and original, it will leave its mark on Kierkegaard scholarship, while raising seminal questions for the wider theological enterprise.

Daphne Hampson holds doctorates in history from Oxford, in theology from Harvard and a master's in Continental Philosophy from Warwick. She has been interested in the Lutheran tradition, particularly Kierkegaard, for many years. Professor Emerita of Divinity at the University of St Andrews where she held a chair in Post Christian Thought, Daphne lives and works in Oxford where she is an Associate of the Faculty of Divinity.

"Functioning on different levels, this book will have a broad appeal to many different kinds of reader. Hampson wonderfully orchestrates a critical dialogue with Kierkegaard in a way that provides ample demonstration of the importance of his thought today. This highly readable work represents a valuable contribution to Kierkegaard studies." --Jon Stewart, Soren Kierkegaard Research Centre, Copenhagen"A marvel of scholarship. Hampson is one of the few interpreters of Kierkegaard able to take account of both the philosophical and theological backdrop of Kierkegaard's thought. Clear, comprehensive, and elegantly written, one of the book's most important merits is the success Hampson enjoys in locating Kierkegaard within his own Lutheran tradition." --Gordon Marino, St Olaf's College"A delightful and powerful new book on Kierkegaard. Acknowledging his radical conservatism, insisting against Kierkegaard on the need for collective responses to social injustice, Hampson nonetheless writes in a spirit of critical friendship. Combining a forthright accessible style with real scholarship and familiarity with Kierkegaard's personal, intellectual and spiritual struggles, she brings him vividly to life for our time." --David Wood, Vanderbilt University "Setting Kierkegaard in his intellectual context, this book guides readers through the key texts, identifying and debating the questions they provoke. Hampson has inspired many students to engage with this most demanding of writers. Her book will both attract new readers and serve as a stimulating refresher to those familiar with Kierkegaard's writings." --George Pattison, Oxford University "