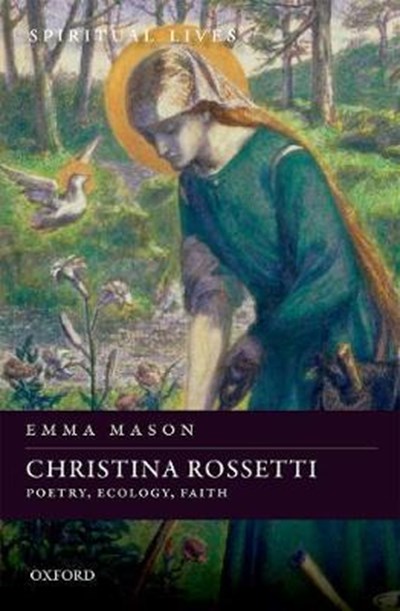 eBook FAQ
Add to Basket
Publisher: Oxford University Press
ISBN: 9780198723691
Number of Pages: 230
Published: 21/06/2018
Width: 13.6 cm
Height: 20.2 cm
Description Author Information Reviews
Christina Rossetti (1830-94) is regarded as one of the greatest Christian poets to write in English. While Rossetti has firmly secured her place in the canon, her religious poetry was for a long time either overlooked or considered evidence of a melancholic disposition burdened by faith. Recent scholarship has redressed reductive readings of Christian theology as repressive by rethinking it as a form of compassionate politics. This shift has enabled new readings of Rossetti's work, not simply as a body of significant nineteenth-century devotional literature, but also as a marker of religion's relevance to modern concerns through its reflections on science and materialism, as well as spirituality and mysticism. Emma Mason offers a compelling study of Christina Rossetti, arguing that her poetry, diaries, letters, and devotional commentaries are engaged with both contemporary theological debate and an emergent ecological agenda. In chapters on the Catholic Revival, Pre-Raphaelite Brotherhood, contemporary debates on plant and animal being, and the relationship between grace and apocalypse, Mason reads Rossetti's theology as an argument for spiritual materialism and ecological transformation. She ultimately suggests that Rossetti's life and work captures the experience of faith as one of loving intimacy with the minutiae of creation, a divine body in which all things, material and immaterial, human and nonhuman, divine and embodied, are interconnected.

Emma Mason is Professor in the Department of English and Comparative Literary Studies at the University of Warwick. She has published widely on poetry and religion. Her books include Reading the Abrahamic Faiths: Rethinking Religion and Literature (2015), Elizabeth Jennings: The Collected Poems (2012), The Oxford Handbook to the Reception History of the Bible (2011), The Cambridge Introduction to Wordsworth (2010), The Blackwell Companion to the Bible in English Literature (2009), Women Poets of the Nineteenth Century (2004), and Nineteenth-Century Religion and Literature (with Mark Knight, 2006). Mason also edits the Bloomsbury monograph series New Directions in Religion and Literature; and co-edits the Oxford University Press journal The Year's Work in Critical and Cultural Theory.