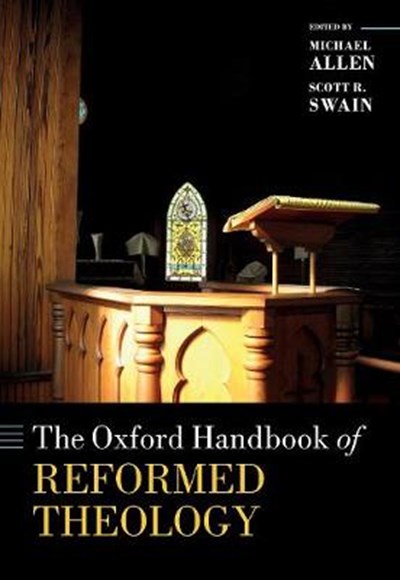 eBook FAQ
Add to Basket
Publisher: Oxford University Press
ISBN: 9780198723912
Number of Pages: 688
Published: 30/10/2020
Width: 18 cm
Height: 4.3 cm
Description Author Information Reviews
The Oxford Handbook of Reformed Theology looks back to past resources that have informed Reformed theology and surveys present conversations among those engaged in Reformed theology today. First, the volume offers accounts of the major historical contexts of reformed theology, the various relationships (ancient and modern) which it maintains and from which it derives. Recent research has shown the intricate ties between the patristic and medieval heritage of the church and the work of the reformed movement in the sixteenth century. The past century has also witnessed an explosion of reformed theology outside the Western world, prompting a need for attention not only to these global voices but also to the unique (and contingent) history of reformed theology in the West (hence reflecting on its relationship to intellectual developments like scholastic method or the critical approaches of modern biblical studies). Second, the volume assesses some of the classic, representative texts of the reformed tradition, observing also their reception history. The reformed movement is not dominated by a single figure, but it does contain a host of paradigmatic texts that demonstrate the range and vitality of reformed thought on politics, piety, biblical commentary, dogmatic reflection, and social engagement. Third, the volume turns to key doctrines and topics that continue to receive attention by reformed theologians today. Contributors who are themselves making cutting edge contributions to constructive theology today reflect on the state of the question and offer their own proposals regarding a host of doctrinal topics and themes.