Oxford Handbook of Calvin and Calvinism 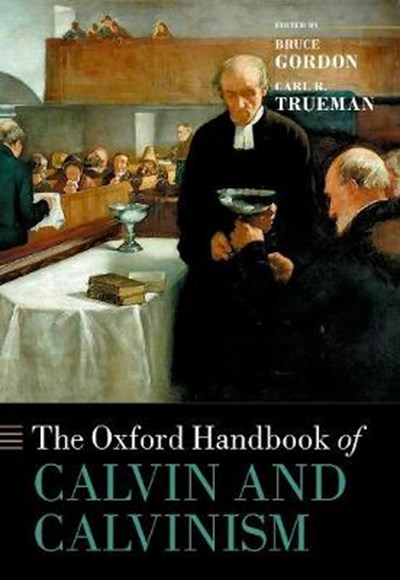 Oxford Handbook of Calvin and Calvinism

eBook FAQ
Add to Basket
Publisher: Oxford University Press
ISBN: 9780198728818
Number of Pages: 720
Published: 28/07/2021
Width: 17.7 cm
Height: 25.4 cm
Description Author Information Reviews
The Oxford Handbook of Calvin and Calvinism offers a comprehensive assessment of John Calvin and the tradition of Calvinism as it evolved from the sixteenth century to today. Featuring contributions from scholars who present the latest research on a pluriform religious movement that became a global faith. The volume focuses on key aspects of Calvin's thought and its diverse reception in Europe, the transatlantic world, Africa, South America, and Asia. Calvin's theology was from the beginning open to a wide range of interpretations and was never a static body of ideas and practices. Over the course of his life his thought evolved and deepened while retaining unresolved tensions and questions that created a legacy that was constantly evolving in different cultural contexts. Calvinism itself is an elusive term, bringing together Christian communities that claim a shared heritage but often possess radically distinct characters. The Handbook reveals fascinating patterns of continuity and change to demonstrate how the movement claimed the name of the Genevan reformer but was moulded by an extraordinary range of religious, intellectual and historical influences, from the Enlightenment and Darwinism to indigenous African beliefs and postmodernism. In its global contexts, Calvinism has been continuously reimagined and reinterpreted. This collection throws new light on the highly dynamic and fluid nature of a deeply influential form of Christianity.