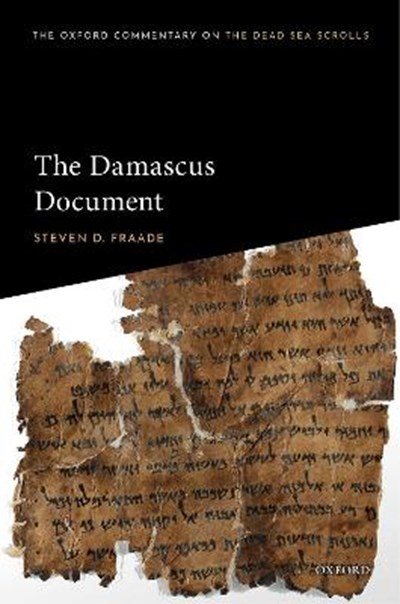 eBook FAQ
Add to Basket
Publisher: Oxford University Press
ISBN: 9780198734338
Number of Pages: 208
Published: 19/11/2021
Width: 16.3 cm
Height: 24 cm
Description Author Information Reviews
Steve D. Fraade offers a new translation, with notes, and detailed commentary to the Dead Sea Scroll most commonly called the Damascus Document, based on both ancient manuscripts from caves along the western shore of the Dead Sea, and medieval manuscripts from the Cairo Geniza. The text is one of the longest and most important of the Dead Sea Scrolls. Its importance derives from several aspects of its contents: its extensive collections of laws, both for the sectarian community that authored it and for the rest of Israel; some of the oldest examples of scriptural interpretation, both legal and narrative, both implicit and explicit, with important implications for our understanding of the evolving status of the Hebrew canon; some of the clearest expressions, often in hortatory form, of the community's self-understanding as an elect remnant of Israel that understands itself in dualistic opposition to the rest of Israel, its practices, and its leaders; important expressions of the community's self-understanding as a priestly alternative to the sacrificial worship in the Jerusalem Temple; expressions of an apocalyptic, eschatological understanding of living as the true Israel in the "end of days;" important expressions of attitudes toward woman, sexual activity, and marriage; importance for our understanding of ancient modes of teaching and of ritual practice; importance for the study of the history of the Hebrew language and its scribal practices. The volume contains a substantial introduction, dealing with these aspects of the Damascus Document and locating its place within the Dead Sea Scrolls more broadly as well as the historical context of ancient Judaism that gave rise to this text.

Steven D. Fraade is the Mark Taper Professor of the History of Judaism at Yale University in the Department of Religious Studies and the Program in Judaic Studies. He has held a John Simon Guggenheim Memorial Foundation Fellowship and was awarded a National Jewish Book Award for Scholarship for From Tradition to Commentary. Fraade has published widely in the history of ancient Judaism, rabbinic literature, multilingualism in antiquity, scriptural translation and interpretation, ancient Jewish legal rhetoric, and the Dead Sea Scrolls. He is the author Enosh and His Generation: Pre-Israelite Hero and History in Post-Biblical Interpretation (1984), From Tradition to Commentary: Torah and its Interpretation in the Midrash Sifre to Deuteronomy (1991), and Legal Fictions: Studies of Law and Narrative in the Discursive Worlds of Ancient Jewish Sectarians and Sages (2011). He is the co-editor of Rabbinic Perspectives: Rabbinic Literature and the Dead Sea Scrolls (2006).