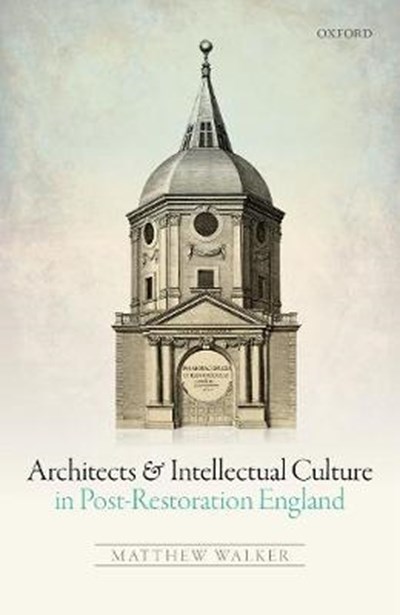 QTY
Add to Basket
Publisher: Oxford University Press
ISBN: 9780198746355
Published: 15/09/2017
Description Author Information Reviews
Architects, Builders, and Intellectual Culture in Restoration England charts the moment when well-educated, well-resourced, English intellectuals first became interested in classical architecture in substantial numbers. This occurred after the Restoration of the Monarchy in 1660 and involved people such as John Evelyn, Robert Hooke, Sir Christopher Wren, and Roger North. Matthew Walker explores how these figures treated architecture as a subject of intellectual enquiry, either as writers, as designers of buildings, or as both. In four substantial chapters it looks at how the architect was defined as a major intellectual figure, how architects acquired material that allowed them to define themselves as intellectually competent architects, how intellectual writers in the period handled knowledge of ancient architecture in their writing, and how the design process in architecture was conceived of in theoretical writing at the time. In all, Walker shows that the key to understanding English architectural culture at the time is to understand how architecture was handled as knowledge, and how architects were conceived of as collectors and producers of such knowledge. He also makes the claim that architecture was treated as an extremely serious and important area of intellectual enquiry, the result of which was that by the turn of the eighteenth century, architects and architectural writers could count themselves amongst England's intellectual and cultural elite.

Matthew Walker is a historian of British architecture and intellectual culture, particularly that of the late seventeenth century. He studied at Oxford and York Universities and taught at Edinburgh University from 2010 to 2011, before returning to Oxford in 2012. He held an Andrew J. Mellon Research fellowship from 2012 to 2014 and became a departmental lecturer in the History of Art Department in 2014. Since 2015 he has been one of the editors of the journal Architectural History.