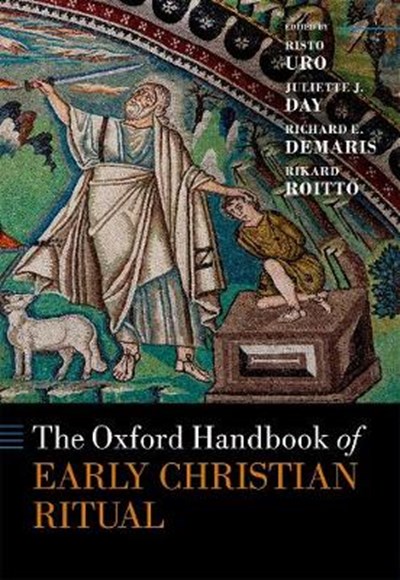 eBook FAQ
Add to Basket
Publisher: Oxford University Press
ISBN: 9780198747871
Number of Pages: 746
Published: 15/11/2018
Width: 17.1 cm
Height: 24.6 cm
Description Author Information Reviews
Scholars of religion have long assumed that ritual and belief constitute the fundamental building blocks of religious traditions and that these two components of religion are interrelated and interdependent in significant ways. Generations of New Testament and Early Christian scholars have produced detailed analyses of the belief systems of nascent Christian communities, including their ideological and political dimensions, but have by and large ignored ritual as an important element of early Christian religion and as a factor contributing to the rise and the organization of the movement. In recent years, however, scholars of early Christianity have begun to use ritual as an analytical tool for describing and explaining Christian origins and the early history of the movement. Such a development has created a momentum toward producing a more comprehensive volume on the ritual world of Early Christianity employing advances made in the field of ritual studies. The Oxford Handbook of Early Christian Ritual gives a manifold account of the ritual world of early Christianity from the beginning of the movement up to the fifth century. The volume introduces relevant theories and approaches; central topics of ritual life in the cultural world of early Christianity; and important Christian ritual themes and practices in emerging Christian groups and factions.

Risto Uro is a Senior Lecturer in New Testament Studies and Chair of the BA programme in Theology and Religious Studies at the University of Helsinki. His research covers such areas as the Synoptic Gospels, the Nag Hammadi Library, and the social history of early Christianity. His publications include Ritual and Christian Beginnings: A Socio-Cognitive Analysis (2016) and Explaining Christian Origins and Early Judaism: Contributions from Cognitive and Social Science (co-edited with Petri Luomanen; 2007). Juliette J. Day is Docent and University Lecturer in Church History in the Faculty of Theology, University of Helsinki, and Senior Research Fellow in Early Christian Liturgy at Blackfriars Hall, University of Oxford. Her research focusses on early Christian liturgy, especially that of Jerusalem/Palestine in late antiquity, and on the interpretation of ancient and contemporary liturgical texts. Her publications include The Baptismal Liturgy of Jerusalem (2007), Reading the Liturgy (2014), Early Roman Liturgy to 600 (co-edited with Marcus Vinzent; 2014), and A Guide to the Study of Liturgy and Worship (co-edited with Benjamin Gordon-Taylor, 2013). Richard E. DeMaris is Senior Research Professor of New Testament Studies at Valparaiso University and has served as the Catholic Biblical Association Visiting Professor to the Pontifical Biblical Institute in Rome. He is a research associate of the Nordic Project on Ritual and the Emergence of Early Christian Religion and was a staff member of the Ohio State University Excavations at Isthmia, Greece, in the 1990s. His publications on ritual include Early Christian Ritual Life (co-edited with Jason Lamoreaux and Steven Muir 2018), and The New Testament in Its Ritual World (2008). Rikard Roitto is Docent and University Lecturer of Biblical Studies, New Testament, at Stockholm School of Theology. In his research, he integrates historical-critical methods with social, psychological and cognitive sciences to understand early Christian texts and communities. His research interests include social identity, norms, rituals of penance and forgiveness, conflict resolution, and baptism in early Christianity. He has written several articles on ritual practices of reproof, repentance, penance, intercession for forgiveness and reintegration of deviant group members in early Christianity.