Oxford Illustrated History of the World 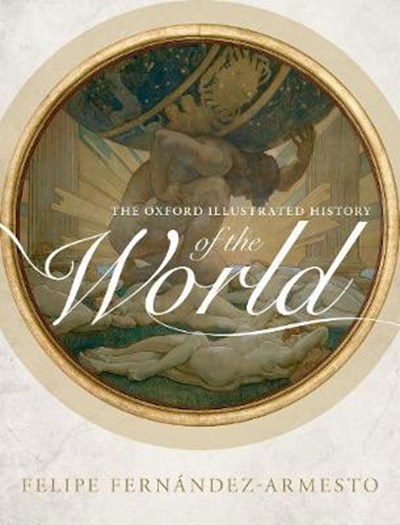 Oxford Illustrated History of the World

Publisher: Oxford University Press
ISBN: 9780198752905
Number of Pages: 496
Published: 10/01/2019
Width: 19.7 cm
Height: 25.4 cm
Description Author Information Reviews
Imagine the planet, as if from an immense distance of time and space, as a galactic observer might see it-with the kind of objectivity that we, who are enmeshed in our history, cant attain. The Oxford Illustrated History of the World encompasses the whole span of human history. It brings together some of the world's leading historians, under the expert guidance of Felipe Fernandez-Armesto, to tell the 200,000-year story of our world, from the emergence of homo sapiens through to the twenty-first century: the environmental convulsions; the interplay of ideas (good and bad); the cultural phases and exchanges; the collisions and collaborations in politics; the successions of states and empires; the unlocking of energy; the evolutions of economies; the contacts, conflicts, and contagions that have all contributed to making the world we now inhabit.

Felipe Fernandez-Armesto was an undergraduate and graduate student at Oxford (Demy of Magdalen College, Senior Scholar of St Johns, Fellow of St Antonys) where he was a member of the Modern History Faculty before moving to chairs in the University of London (Professor of Global Environmental History at Queen Mary College), Tufts University (Prince of Asturias Professor), and the University of Notre Dame, where he holds the William P. Reynolds Chair for Mission in Arts and Letters. His work, which has covered many fields and disciplines and has appeared in twenty-seven languages, has won him numerous awards, including the John Carter Brown Medal, a World History Association Book Prize (for Pathfinders, 2007), Spains national prizes for geography and food-writing, and, most recently, the Gran Cruz de la Orden de Alfonso X el Sabio, Spains highest award for services to education and the arts.