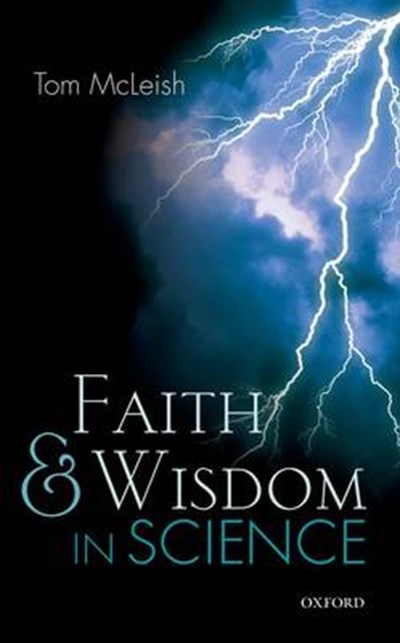 eBook FAQ
Add to Basket
Publisher: Oxford University Press
ISBN: 9780198757559
Number of Pages: 304
Published: 11/02/2016
Width: 13.5 cm
Height: 21.5 cm
Description Author Information Reviews
"Can you Count the Clouds?" asks the voice of God from the whirlwind in the stunningly beautiful catalogue of nature-questions from the Old Testament Book of Job. Tom McLeish takes a scientist's reading of this ancient text as a centrepiece to make the case for science as a deeply human and ancient activity, embedded in some of the oldest stories told about human desire to understand the natural world. Drawing on stories from the modern science of chaos and uncertainty alongside medieval, patristic, classical and Biblical sources, Faith and Wisdom in Science challenges much of the current 'science and religion' debate as operating with the wrong assumptions and in the wrong space. Its narrative approach develops a natural critique of the cultural separation of sciences and humanities, suggesting an approach to science, or in its more ancient form natural philosophy - the 'love of wisdom of natural things' - that can draw on theological and cultural roots. Following the theme of pain in human confrontation with nature, it develops a 'Theology of Science', recognising that both scientific and theological worldviews must be 'of' each other, not holding separate domains. Science finds its place within an old story of participative reconciliation with a nature, of which we start ignorant and fearful, but learn to perceive and work with in wisdom. Surprisingly, science becomes a deeply religious activity. There are urgent lessons for education, the political process of decision-making on science and technology, our relationship with the global environment, and the way that both religious and secular communities alike celebrate and govern science.

Tom McLeish is Professor of Physics and Pro-Vice-Chancellor for Research at Durham University. He studied for his first degree and PhD in polymer physics at the University of Cambridge and in 1987 became a lecturer in physics at the University of Sheffield. In 1993 he took the chair in polymer physics at the University of Leeds. He took up his current position in Durham in 2008. He has won several awards for his work on molecular rheology of polymers, including the Weissenberg Award of the European Society of Rheology (2007), the Gold Medal of the British Society of Rheology (2009) and the Bingham Award of the Society of Rheology (2010). He is also involved in science-communication with the public via regular radio, TV and schools lectures, discussing issues from the Physics of Slime to the interaction of Faith and Science. He is a Fellow of the Institute of Physics, the Royal Society of Chemistry, the American Physical Society and the Royal Society.