Many Deaths of Peter and Paul 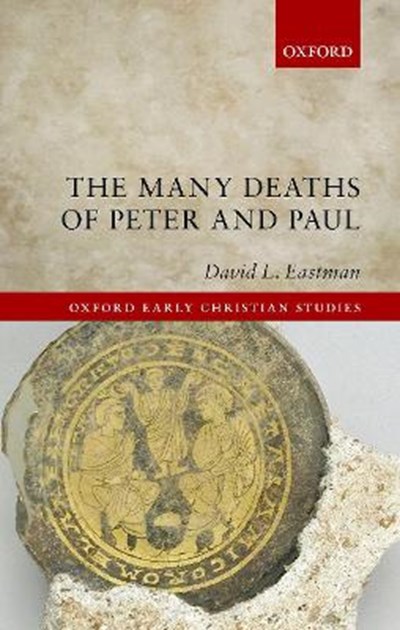 Many Deaths of Peter and Paul

eBook FAQ
Add to Basket
Publisher: Oxford University Press
ISBN: 9780198767183
Number of Pages: 256
Published: 06/05/2019
Width: 14.5 cm
Height: 22.1 cm
Description Author Information Reviews
The early accounts of one of the most famous scenes in Christian history, the death of Peter, do not present a single narrative of the events, for they do not agree on why Peter requested to die in the precise way that he allegedly did. Over time, historians and theologians have tended to smooth over these rough edges, creating the impression that the ancient sources all line up in a certain direction. This impression, however, misrepresents the evidence. The reason for Peter's inverted crucifixion is not the only detail on which the sources diverge. In fact, such disagreement can be seen concerning nearly every major narrative point in the martyrdom accounts of Peter and Paul. The Many Deaths of Peter and Paul shows that the process of smoothing over differences in order to create a master narrative about the deaths of Peter and Paul has distorted the evidence. This process of distortion not only blinds us to differences in perspective among the various authors, but also discourages us from digging deeper into the contexts of those authors to explore why they told the stories of the apostolic deaths differently in their contexts. David L. Eastman demonstrates that there was never a single, unopposed narrative about the deaths of Peter and Paul. Instead, stories were products of social memory, told and re-told in order to serve the purposes of their authors and their communities. The history of the writing of the many deaths of Peter and Paul is one of contextualized variety.

David L. Eastman is Joseph Glenn Sherrill Chair of Bible at the McCallie School and Visiting Scholar in the Program in Classical and Mediterranean Studies at Vanderbilt University. He is a social historian of early Christianity. His research interests lie in biblical and post-biblical narratives concerning the apostolic biographies with particular interest in martyrdom narratives. He is the author of The Ancient Martyrdom Accounts of Peter and Paul (2015) and Paul the Martyr: The Cult of the Apostle in the Latin West (2012).