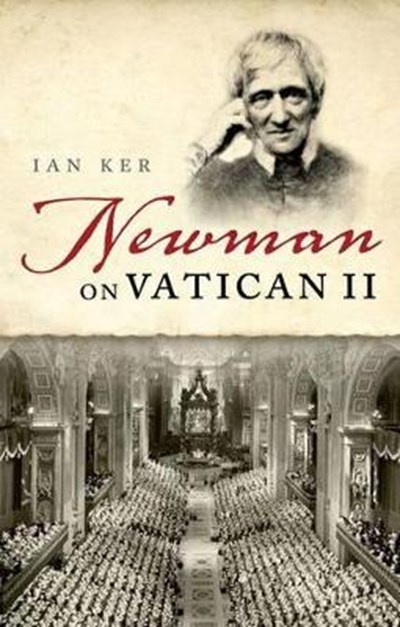 eBook FAQ
Add to Basket
Publisher: Oxford University Press
ISBN: 9780198767879
Published: 21/04/2016
Description Author Information Reviews
John Henry Newman is often described as 'the Father of the Second Vatican Council'. He anticipated most of the Council's major documents, as well as being an inspiration to the theologians who were behind them. His writings offer an illuminating commentary both on the teachings of the Council and the way these have been implemented and interpreted in the post-conciliar period. This book is the first sustained attempt to consider what Newman's reaction to Vatican II would have been. As a theologian who on his own admission fought throughout his life against theological liberalism, yet who pioneered many of the themes of the Council in his own day, Newman is best described as a conservative radical who cannot be classed simply as either a conservative or liberal Catholic. At the time of the First Vatican Council, Newman adumbrated in his private letters a mini-theology of Councils, which casts much light on Vatican II and its aftermath. The leading Newman scholar, Ian Ker, argues that Newman would have greatly welcomed the reforms of the Council, but would have seen them in the light of his theory of doctrinal development, insisting that they must certainly be understood as changes but changes in continuity rather than discontinuity with the Church's tradition and past teachings. He would therefore have endorsed the so-called 'hermeneutic of reform in continuity' in regard to Vatican II, a hermeneutic first formulated by Pope Benedict XVI and subsequently confirmed by his successor, Pope Francis, and rejected both 'progressive' and ultra-conservative interpretations of the Council as a revolutionary event. Newman believed that what Councils fail to speak of is of great importance, and so a final chapter considers the kind of evangelization-a topic notably absent from the documents of Vatican II-Newman thought appropriate in the face of secularization.

Ian Ker has taught both English literature and theology in universities in the United States and Britain, where he currently teaches in the theology faculty of the University of Oxford. He is the author of John Henry Newman: A Biography (OUP, 1988), The Catholic Revival in English Literature, 1845-1961 (OUP, 2003), and G. K. Chesterton: A Biography (OUP, 2011). He is generally regarded as the leading authority on Newman, on whom he has written and edited more than 20 books.