A Portrait in Letters 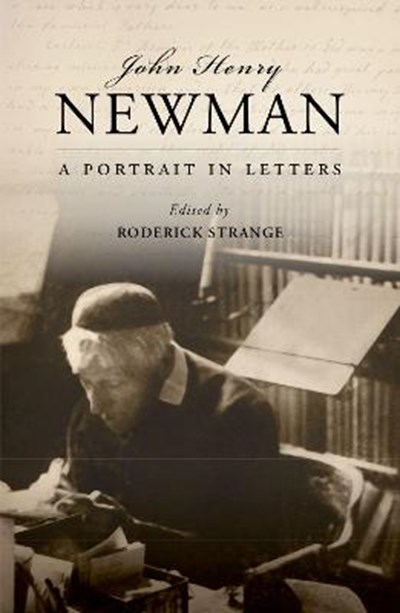 A Portrait in Letters

QTY
Add to Basket
Publisher: Oxford University Press
ISBN: 9780198779285
Number of Pages: 608
Published: 25/04/2019
Width: 15.7 cm
Height: 23.4 cm
Description Author Information Reviews
John Henry Newman was one of the most eminent of Victorians and an intellectual pioneer for an age of doubt and unsettlement. His teaching transformed the Victorian Church of England, yet many still want to know more of Newman's personal life. Newman's printed correspondence runs to 32 volumes, and John Henry Newman: A Portrait in Letters offers a way through the maze. Roderick Strange has chosen letters that illustrate not only the well-known aspects of Newman's personality, but also those in which elements that may be less familiar are on display. There are letters to family and friends, and also terse letters laced with anger and sarcasm. The portrait has not been airbrushed. This selection of letters presents a rounded picture, one in which readers will meet Newman as he really was and enjoy the pleasure of his company. As Newman himself noted, 'the true life of a man is in his letters'. Please note, earlier versions of this edition misattributed a review quote from Etudes newmaniennes to the Newman Studies Journal. This has now been corrected.

Roderick Strange was rector of the Pontifical Beda College, Rome, from 1998 to the summer of 2015. He was ordained as a priest of the Shrewsbury Diocese in 1969 and, besides working as a parish priest, he has been the Catholic Chaplain at Oxford University and the chairman of the National Conference of Priests. He has written extensively on Newman including John Henry Newman: A Mind Alive (Darton, Longman, and Todd 2008) and Newman 101 (Christian Classics 2008).