John among the Apocalypses 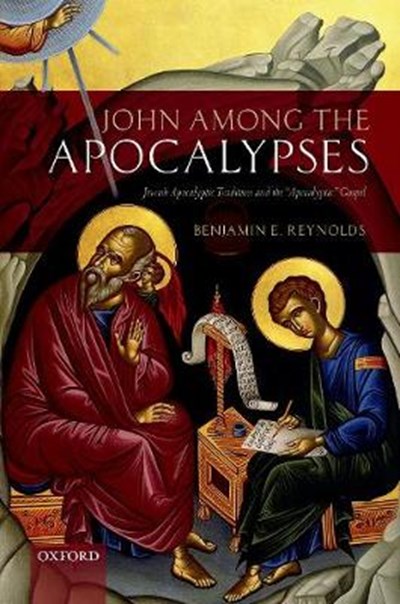 John among the Apocalypses

eBook FAQ
Add to Basket
Publisher: Oxford University Press
ISBN: 9780198784241
Number of Pages: 272
Published: 22/10/2020
Width: 16.5 cm
Height: 24.5 cm
Description Author Information Reviews
The Gospel of John has long been recognized as being distinct from the Synoptic Gospels. John among the Apocalypses explains John's distinctive narrative of Jesus's life by comparing it to Jewish apocalypses and highlighting the central place of revelation in the Gospel. While some scholars have noted a connection between the Gospel of John and Jewish apocalypses, Reynolds makes the first extensive comparison of the Gospel with the standard definition of the apocalypse genre. Engaging with modern genre theory, this comparison indicates surprising similarities of form, content, and function between John's Gospel and Jewish apocalypses. Even though the Gospel of John reflects similarities with the genre of apocalypse, John is not an apocalypse, but in genre theory terms, John may be described as a gospel in kind and an apocalypse in mode. John's narrative of Jesus's life has been qualified and shaped by the genre of apocalypse, such that it may be called an 'apocalyptic' gospel. In the final two chapters, Reynolds explores the implications of this conclusion for Johannine Studies and New Testament scholarship more broadly. John among the Apocalypses considers how viewing the Fourth Gospel as apocalyptic Gospel aids in the interpretation of John's appeal to Israel's Scriptures and Mosaic authority, and examines the Gospel's relationship with the book of Revelation and the history of reception concerning their writing. An examination of Byzantine iconographic traditions highlights how reception history may offer a possible explanation for reading John as apocalyptic Gospel.

Benjamin E. Reynolds is Professor of New Testament at Tyndale University in Toronto. He is author of The Apocalyptic Son of Man in the Gospel of John (Mohr Siebeck, 2008), editor of The Son of Man Problem (T&T Clark, 2018), co-editor with Loren Stuckenbruck of The Jewish Apocalyptic Tradition and the Shaping of New Testament Thought (Fortress, 2017), and co-editor with Gabriele Boccaccini of Reading the Gospel of John's Christology as Jewish Messianism: Royal, Prophetic, and Divine Messiahs (Brill, 2018).