Joseph Butler: The Analogy of Religion 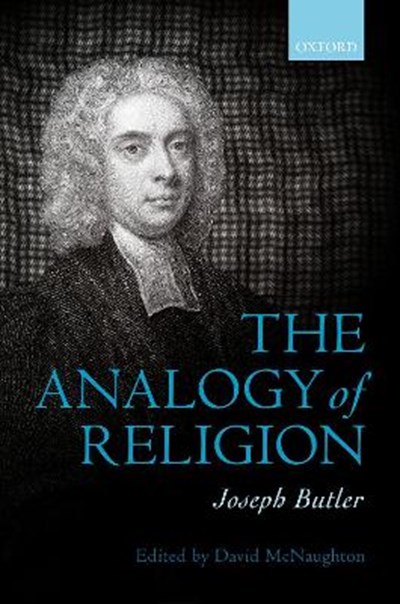 Joseph Butler: The Analogy of Religion

QTY
Add to Basket
Publisher: Oxford University Press
ISBN: 9780198785866
Number of Pages: 320
Published: 02/09/2021
Width: 16.3 cm
Height: 24.1 cm
Description Author Information Reviews
Joseph Butler's The Analogy of Religion (1736) is an important work in terms of its historical influence and its contemporary relevance. In it, Butler defends Christian belief against many well-known objections: for instance, that the evidence for Christianity is weak; that it is impossible to believe in miracles; that if God existed he would have revealed himself clearly to everyone. The problems Butler discusses are current in contemporary philosophy of religion, but his answers are often ignored, or given short shrift. Butler argues that by examining this world we have reason to believe its Creator is both benevolent and just; that virtue will be rewarded and vice punished. Even if we have doubts, we would be well advised to take Christianity seriously, given what is at stake. The work includes seminal discussions of life after death, personal identity, and the structure of our ethical thought. In addition to extensive notes, David McNaughton's edition includes a detailed synopsis, a selection from the correspondence between Butler and Samuel Clarke, and an oveview of philosophical influences on Butler's thought.

David McNaughton is retired and lives in Edinburgh with his wife and two dogs. He was formerly Professor of Philosophy at Florida State University and, prior to that, at Keele University. He was founder and first President of the British Society for Ethical Theory. He is the author of Moral Vision (Blackwell, 1988) and, with Eve Garrard, Forgiveness (Routledge, 2010), and of a number of papers on ethics, philosophy of religion, and the relations between the two. He is currently writing a book on Joseph Butler. He is also working with Piers Rawling on a book outlining their approach to practical reasons.