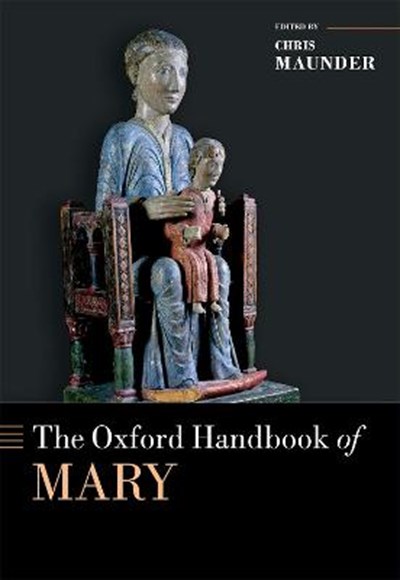 eBook FAQ
Add to Basket
Publisher: Oxford University Press
ISBN: 9780198792550
Number of Pages: 736
Published: 07/08/2019
Width: 17.1 cm
Height: 24.6 cm
Description Author Information Reviews
The Oxford Handbook of Mary offers an interdisciplinary guide to Marian Studies, including chapters on textual, literary, and media analysis; theology; Church history; art history; studies on devotion in a variety of forms; cultural history; folk tradition; gender analysis; apparitions and apocalypticism. Featuring contributions from a distinguished group of international scholars, the Handbook looks at both Eastern and Western perspectives and attempts to correct imbalance in previous books on Mary towards the West. The volume also considers Mary in Islam and pilgrimages shared by Christian, Muslim, and Jewish adherents. While Mary can be a source of theological disagreement, this authoritative collection shows Mary's rich potential for inter-faith and inter-denominational dialogue and shared experience. It covers a diverse number of topics that show how Mary and Mariology are articulated within ecclesiastical contexts but also on their margins in popular devotion. Newly-commissioned essays describe some of the central ideas of Christian Marian thought, while also challenging popularly-held notions. This invaluable reference for students and scholars illustrates the current state of play in Marian Studies as it is done across the world.

Chris Maunder is Senior Lecturer in Theology and Religious Studies at York St John University. Since completing a PhD at the University of Leeds in 1991, he has written several articles on the European apparitions of Mary. Whilst being a scholar of Catholic popular religion in his professional life, he is also passionate about Marian shrines as a personal interest, visiting them across Europe and helping to maintain his local shrine, a 15th-century rock chapel in Knaresborough, Yorkshire. His publications include Our Lady of the Nations: Apparitions of Mary in 20th-Century Catholic Europe (2016), Origins of the Cult of the Virgin Mary (2008), and Documents of the Christian Church, Fourth Edition (co-edited with Henry Bettenson; 2011).