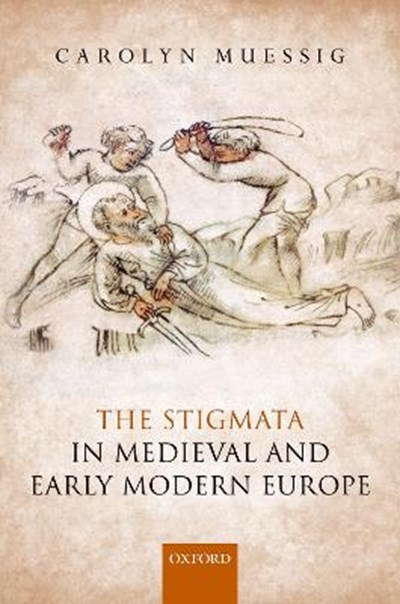 eBook FAQ
Add to Basket
Publisher: Oxford University Press
ISBN: 9780198795643
Number of Pages: 320
Published: 06/02/2020
Width: 16.5 cm
Height: 24 cm
Description Author Information Reviews
Francis of Assisi's reported reception of the stigmata on Mount La Verna in 1224 is often considered to be the first account of an individual receiving the five wounds of Christ. The thirteenth-century appearance of this miracle, however, is not as unexpected as it first seems. Interpretations of Galatians 6:17-I bear the stigmata of the Lord Jesus Christ in my body-had been circulating in biblical commentaries since late antiquity. These works explained stigmata as wounds that martyrs, like the apostle Paul, received in their attempt to spread Christianity in the face of resistance. By the seventh century, stigmata were described as marks of Christ that priests received invisibly at their ordination. In the eleventh century, monks and nuns were perceived as bearing the stigmata in so far as they lived a life of renunciation out of love for Christ. By the later Middle Ages, women (such as Catherine of Siena) were described as having stigmata more frequently than were men. With the religious upheavals of the sixteenth century, the way stigmata were defined reflected the diverse perceptions of Christianity held by Catholics and Protestants.

Carolyn Muessig is Professor of Medieval Religion and Co-Director at the Centre for Medieval Studies at the University of Bristol. She is a medievalist, specializing on the devotional practices and beliefs of late medieval Europe. Her interest in this area began during her studies for a BA in History from the State University of New York at Buffalo. Since 2001 she has been series co-editor (with George Ferzoco) of Routledge Studies in Medieval Religion and Culture. Her publications include A Companion to Catherine of Siena (co-edited with George Ferzoco and Beverly Mayne Kienzle; 2011), Envisaging Heaven in the Middle Age (co-edited with Ad Putter; 2007), and The Faces of Women in the Sermons of Jacques de Vitry (1999).