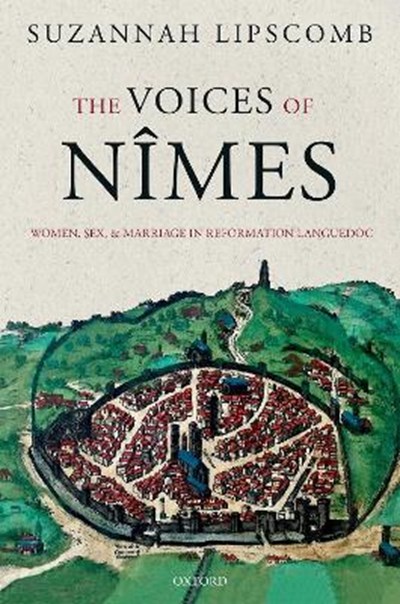 QTY
Add to Basket
Publisher: Oxford University Press
ISBN: 9780198797661
Number of Pages: 400
Published: 14/02/2019
Width: 16.4 cm
Height: 24 cm
Description Author Information Reviews
Most of the women who ever lived left no trace of their existence on the record of history. Sixteenth- and seventeenth-century women of the middling and lower levels of society left no letters or diaries in which they expressed what they felt or thought. Criminal courts and magistrates kept few records of their testimonies, and no ecclesiastical court records are known to survive for the French Roman Catholic Church between 1540 and 1667. For the most part, we cannot hear the voices of ordinary French women - but this study allows us to do so. Based on the evidence of 1,200 cases brought before the consistories - or moral courts - of the Huguenot church of Languedoc between 1561 and 1615, The Voices of Nimes allows us to access ordinary women's everyday lives: their speech, behaviour, and attitudes relating to love, faith, and marriage, as well as friendship and sex. Women appeared frequently before the consistory because one of the chief functions of moral discipline was the regulation of sexuality, and women were thought to be primarily responsible for sexual sin. This means that the registers include over a thousand testimonies by and about women, most of whom left no other record to posterity. Women also featured so prominently before the consistories because of an ironic, unintended consequence of the consistorial system: it empowered women. Women quickly learnt how to use the consistory: they denounced those who abused them, they deployed the consistory to force men to honour their promises, and they started rumours they knew would be followed up by the elders. The registers therefore offer unrivalled evidence of women's agency, in this intensely patriarchal society, in a range of different contexts, such as their enjoyment of their sexuality, choice of marriage partners, or idiosyncratic spiritual engagement. The consistorial registers, therefore, let us see how independent, self-determining, and vocal women could be in an age when they had limited legal rights, little official power, and few prospects. As a result, this book suggests we need to reconceptualize female power: women's power was not just hidden, manipulative, and devious, but also far more public than historians have previously recognized.

Suzannah Lipscomb is Professor Emerita of History at the University of Roehampton and a Fellow of the Royal Historical Society. She received her DPhil in History from Balliol College, Oxford, and was formerly Research Curator at Hampton Court Palace, Lecturer in Early Modern History at the University of East Anglia, and Head of the Faculty of History and Senior Lecturer in Early Modern History at the New College of the Humanities. She is the author of four other books about the sixteenth century, and has presented historical documentaries on the BBC, ITV, and Channel Five.