Oxford Handbook of the Reception of Aquinas 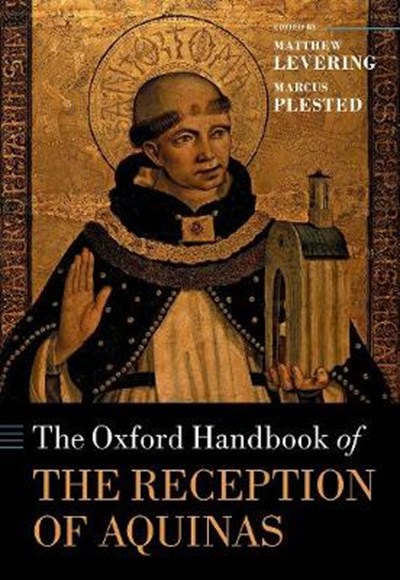 Oxford Handbook of the Reception of Aquinas

eBook FAQ
Add to Basket
Publisher: Oxford University Press
ISBN: 9780198798026
Number of Pages: 752
Published: 14/01/2021
Width: 18 cm
Height: 25.4 cm
Description Author Information Reviews
The Oxford Handbook of the Reception of Aquinas provides a comprehensive survey of Catholic, Orthodox, and Protestant philosophical and theological reception of Thomas Aquinas over the past 750 years.This Handbook will serve as a necessary primer for everyone who wishes to study Aquinas's thought and/or the history of theology and philosophy since Aquinas's day. Part I considers the late-medieval receptions of Aquinas among Catholics and Orthodox. Part II examines sixteenth-century Western receptions of Aquinas (Protestant and Catholic), followed by a chapter on sixteenth- and seventeenth-century Orthodox reception. Part III discusses seventeenth-century Protestant and Catholic receptions, and Part IV surveys eighteenth- and nineteenth-century receptions (Protestant, Orthodox, and Catholic). Part V focuses on the twentieth century and takes into account the diversity of theological movements in the past century as well as extensive philosophical treatment. The final section unpicks contemporary systematic approaches to Aquinas, covering the main philosophical and theological themes for which he is best known. With chapters written by a wide range of experts in their respective fields, this volume provides a valuable touchstone regarding the developments that have marked the past seven centuries of Christian theology.

Matthew Levering holds the James N. and Mary D. Perry Jr. Chair of Theology at Mundelein Seminary, where he directs the Center for Scriptural Exegesis, Philosophy, and Doctrine. Marcus Plested is Professor of Greek Patristic and Byzantine Theology and De Lubac Chair at Marquette University.