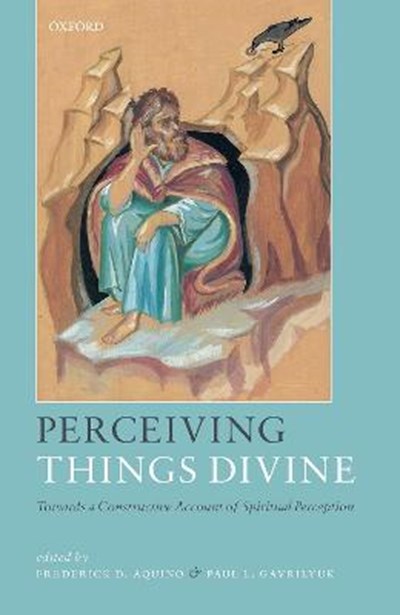 eBook FAQ
Add to Basket
Publisher: Oxford University Press
ISBN: 9780198802594
Number of Pages: 272
Published: 06/01/2022
Width: 15.8 cm
Height: 24.2 cm
Description Author Information Reviews
Sensory language is commonly used to describe human encounters with the divine. Scripture, for example, employs perceptual language like 'taste and see that the Lord is good', 'hear the word of the Lord', and promises that 'the pure in heart will see God'. Such statements seem to point to certain features of human cognition that make perception-like contact with divine things possible. But how precisely should these statements be construed? Can the elusive notion of 'spiritual perception' survive rigorous theological and philosophical scrutiny and receive a constructive articulation? Perceiving Things Divine seeks to make philosophical and theological sense of spiritual perception. Reflecting the results of the second phase of the Spiritual Perception Project, this volume argues for the possibility of spiritual perception. It also seeks to make progress towards a constructive account of the different aspects of spiritual perception while exploring its intersection with various theological and philosophical themes, such as biblical interpretation, aesthetics, liturgy, race, ecology, eschatology, and the hiddenness of God. The interdisciplinary scope of the volume draws on the resources of value theory, philosophy of perception, epistemology, philosophy of art, psychology, systematic theology, and theological aesthetics. The volume also draws attention to how spiritual perception may be affected by such distortions as pornographic sensibility and racial prejudice. Since perceiving spiritually involves the whole person, the volume proposes that spiritual perception could be purified by ascetic discipline, healed by contemplative practices, trained in the process of spiritual direction and the pursuit of virtue, transformed by the immersion in the sacramental life, and healed by opening the self to the operation of divine grace.

Frederick D. Aquino is Professor of Theology and Philosophy at the Graduate School of Theology, Abilene Christian University. He specializes in religious epistemology, the epistemology of theology, John Henry Newman, and Maximus the Confessor. He is the co-editor of The Oxford Handbook of John Henry Newman (2018), The Oxford Handbook of the Epistemology of Theology (2017), and Receptions of Newman (2015). Paul Gavrilyuk holds the Aquinas Chair in Theology and Philosophy at the University of St Thomas. He specializes in Greek patristics, modern Orthodox theology, and philosophy of religion. His publications include Georges Florovsky and the Russian Religious Renaissance (2013) and The Suffering of the Impassible God (2004).