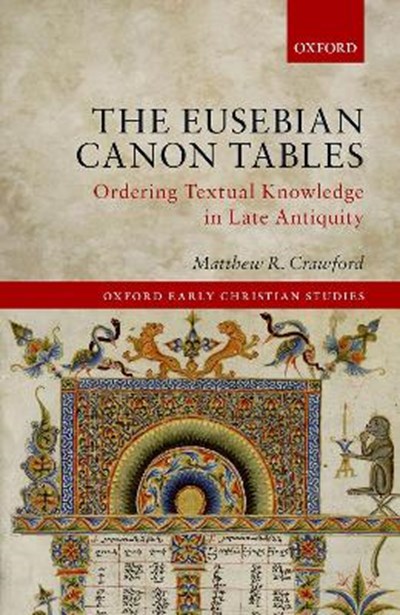 eBook FAQ
Add to Basket
Publisher: Oxford University Press
ISBN: 9780198802600
Number of Pages: 400
Published: 06/05/2019
Width: 16.1 cm
Height: 24.3 cm
Description Author Information Reviews
One of the books most central to late-antique religious life was the four-gospel codex, containing the Gospels of Matthew, Mark, Luke, and John. A common feature in such manuscripts was a marginal cross-referencing system known as the Canon Tables. This reading aid was invented in the early fourth century by Eusebius of Caesarea and represented a milestone achievement both in the history of the book and in the scholarly study of the fourfold gospel. In this work, Matthew R. Crawford provides the first book-length treatment of the origins and use of the Canon Tables apparatus in any language. Part one begins by defining the Canon Tables as a paratextual device that orders the textual content of the fourfold gospel. It then considers the relation of the system to the prior work of Ammonius of Alexandria and the hermeneutical implications of reading a four-gospel codex equipped with the marginal apparatus. Part two transitions to the reception of the paratext in subsequent centuries by highlighting four case studies from different cultural and theological traditions, from Augustine of Hippo, who used the Canon Tables to develop the first ever theory of gospel composition, to a Syriac translator in the fifth century, to later monastic scholars in Ireland between the seventh and ninth centuries. Finally, from the eighth century onwards, Armenian commentators used the artistic adornment of the Canon Tables as a basis for contemplative meditation. These four case studies represent four different modes of using the Canon Tables as a paratext and illustrate the potential inherent in the Eusebian apparatus for engaging with the fourfold gospel in a variety of ways, from the philological to the theological to the visual.

Matthew R. Crawford is an Associate Professor and Director of the Program in Biblical and Early Christian Studies in the Institute for Religion and Critical Inquiry at Australian Catholic University. From 2012 to 2015 he held an AHRC-funded postdoc at Durham University on canonical and non-canonical gospel literature, and from 2013 to 2015 a Junior Research Fellowship from Hatfield College. He is the author of Cyril of Alexandria's Trinitarian Theology of Scripture (2014).