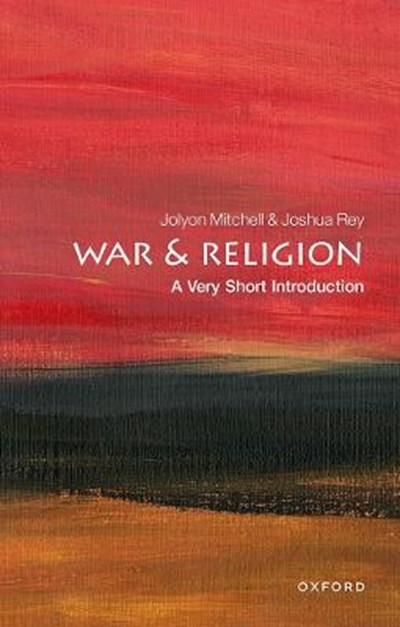 QTY
Add to Basket
Publisher: Oxford University Press
ISBN: 9780198803218
Number of Pages: 160
Published: 25/03/2021
Width: 11.2 cm
Height: 17.5 cm
Description Author Information Reviews
Very Short Introductions: Brilliant, Sharp, Inspiring Is religion a force for war, or a force for peace? Some of the most terrible wars in history have been caused and motivated by religion. Much of the violence that fills our screens today springs from the same source. Yet some of the bravest pacifists have also been deeply religious people, and many of the laws and institutions that work to soften or prevent war have deep religious roots. This Very Short Introduction provides an overview of the history of religion and war, and a framework for analysing it. Ranging from the warrior gods of Ancient Greece and Rome, and the ethical drama of the Mahabharata, through the Islamic wars of conquest and the Crusades, to present day conflicts in Sri Lanka and the Balkans, it considers the entanglement of war and religion. Yet from Just War theory and the restraints on war-making imposed by Islamic jurisprudence, through the Pax Christi of the middle ages, to the non-violence of Gandhi and Bacha Khan; there is also a story to be told of peace and religion as well. Jolyon Mitchell and Joshua Rey consider both sides of the age long drama of war and religion, challenging assumptions at the most fundamental level. Throughout, they encourage a more sophisticated and well-grounded view on these issues that have had such weight in the past, and continue to shape our present and future. ABOUT THE SERIES: The Very Short Introductions series from Oxford University Press contains hundreds of titles in almost every subject area. These pocket-sized books are the perfect way to get ahead in a new subject quickly. Our expert authors combine facts, analysis, perspective, new ideas, and enthusiasm to make interesting and challenging topics highly readable.

Jolyon Mitchell specialises in Religion, Violence, and Peacebuilding, with particular reference to the arts and media, at the University of Edinburgh. He served as President of the national association for Theology and Religious Studies in the UK from 2012 to 2018, and is currently Director of the Centre for Theology and Public Issues at the University of Edinburgh. He is author of a wide range of books, chapters and articles, including Promoting Peace and Inciting Violence: The Role of Religion and Media (Routledge, 2012); Martyrdom: A Very Short Introduction (OUP, 2012), and Media Violence and Christian Ethics (CUP, 2007). He is a Fellow of the Royal Society of Arts, and recently worked with Jewish, Muslim, and Christian religious leaders, as well as Palestinian and Israeli journalists, on a peacebuilding project in Jerusalem. Joshua Rey is Chaplain to the Lord Bishop of Southwark. He has worked as an investment banker in London and New York with J.P. Morgan and Co,. then as an aid worker with Medair, serving in Afghanistan, Albania, and Sri Lanka. After this international experience he worked as Director of the London Employer Coalition and Director of Strategy for the UK Commission on Employment and Skills, working on unemployment and skills policy in Whitehall. Following training at Cuddesdon, Oxford, he was ordained in 2012, serving as a Curate in Streatham before taking up his current appointment. He is the author of several articles on religion and the media.