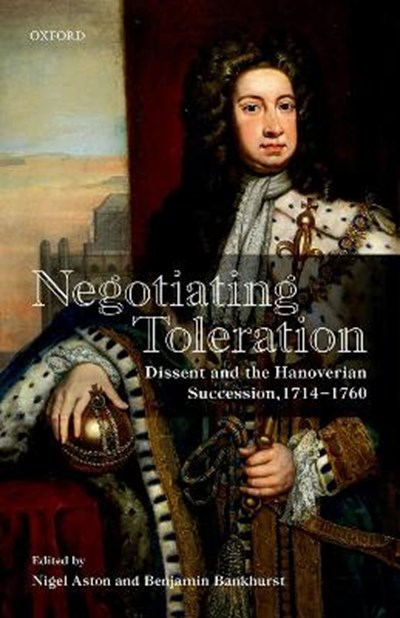 eBook FAQ
Add to Basket
Publisher: Oxford University Press
ISBN: 9780198804222
Number of Pages: 272
Published: 27/03/2019
Width: 16.3 cm
Height: 23.6 cm
Description Author Information Reviews
1714 was a revolutionary year for Dissenters across the British Empire. The Hanoverian Succession upended a political and religious order antagonistic to Protestant non-conformity and replaced it with a regime that was, ostensibly, sympathetic to the Whig interest. The death of Queen Anne and the dawn of Hanoverian Rule presented Dissenters with fresh opportunities and new challenges as they worked to negotiate and legitimize afresh their place in the polity. Negotiating Toleration: Dissent and the Hanoverian Succession, 1714-1760 examines how Dissenters and their allies in a range of geographic contexts confronted and adapted to the Hanoverian order. Collectively, the contributors reveal that though generally overlooked compared to the Glorious Revolution of 1688-9 or the Act of Union in 1707, 1714 was a pivotal moment with far reaching consequences for dissenters at home and abroad. By decentralizing the narrative beyond England and exploring dissenting reactions in Scotland, Ireland, and North America, the collection demonstrates the extent to which the Succession influenced the politics and touched the lives of ordinary people across the British Atlantic world. As well as offering a thorough breakdown of confessional tensions within Britain during the short and medium terms, this authoritative volume also marks the first attempt to look at the complex interaction between religious communities in consequence of the Hanoverian Succession.

Nigel Aston is Reader in Early Modern History at the University of Leicester. His publications include Christianity and Revolutionary Europe, c. 1750-1830 (2003), The French Revolution, 1789-1804: Authority, Liberty and the Search for Stability (2004), and Religion and Revolution in France, 1780-1804 (2000). Benjamin Bankhurst is Assistant Professor of History at Shepherd University. He is the author of Ulster Presbyterians and the Scots Irish Diaspora, 1750-1764 (2013).