Oxford Handbook of Dionysius the Areopagite 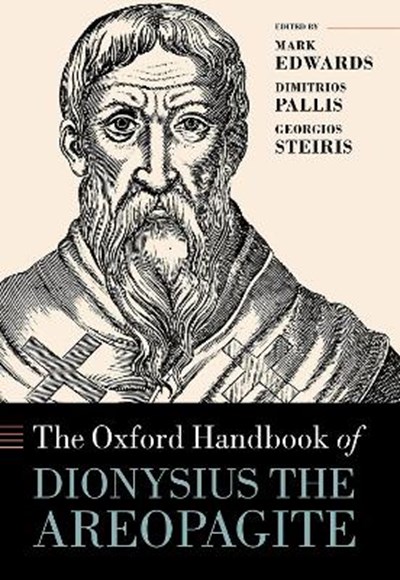 Oxford Handbook of Dionysius the Areopagite

eBook FAQ
Add to Basket
Publisher: Oxford University Press
ISBN: 9780198810797
Number of Pages: 752
Published: 25/02/2022
Width: 17.6 cm
Height: 25.2 cm
Description Author Information Reviews
This Handbook contains forty essays by an international team of experts on the antecedents, the content, and the reception of the Dionysian corpus, a body of writings falsely ascribed to Dionysius the Areopagite, a convert of St Paul, but actually written about 500 AD. The first section contains discussions of the genesis of the corpus, its Christian antecedents, and its Neoplatonic influences. In the second section, studies on the Syriac reception, the relation of the Syriac to the original Greek, and the editing of the Greek by John of Scythopolis are followed by contributions on the use of the corpus in such Byzantine authors as Maximus the Confessor, John of Damascus, Theodore the Studite, Niketas Stethatos, Gregory Palamas, and Gemistus Pletho. In the third section attention turns to the Western tradition, represented first by the translators John Scotus Eriugena, John Sarracenus, and Robert Grosseteste and then by such readers as the Victorines, the early Franciscans, Albert the Great, Aquinas, Bonaventure, Dante, the English mystics, Nicholas of Cusa, and Marsilio Ficino. The contributors to the final section survey the effect on Western readers of Lorenzo Valla's proof of the inauthenticity of the corpus and the subsequent exposure of its dependence on Proclus by Koch and Stiglmayr. The authors studied in this section include Erasmus, Luther and his followers, Vladimir Lossky, Hans Urs von Balthasar, and Jacques Derrida, as well as modern thinkers of the Greek Church. Essays on Dionysius as a mystic and a political theologian conclude the volume.

Mark Edwards has been Tutor in Theology at Christ Church, Oxford since 1993, and also University Lecturer/Associate Professor in Patristics in the Faculty of Theology and Religion at the University of Oxford. Since 2014 he has held the title Professor of Early Christian Studies. His books include Neoplatonic Saints (2000), Origen against Plato (2002), John through the Centuries (2003), Culture and Philosophy in the Age of Plotinus (2006), Catholicity and Heresy in the Early Church (2009), Image, Word and God in the Early Christian Centuries (2012), Religions of the Constantinian Empire (2015) and Aristotle and Early Christian Thought (2019). Dimitrios Pallis is an independent researcher specializing in theology and philosophy in late antique Christian Platonism and modern Greek Orthodox thought. He is the author of twenty book chapters and research articles and a treatise in these areas. He has been awarded three prizes for studies on Dionysius the Areopagite from the University of Oxford, the University of Athens, and the Academy of Athens respectively. Recent publications include: A 'Neobyzantine' Cultural Proposal?: A Critical Appraisal of the Assimilation of Areopagitic Apophaticism in the Early Thought of Christos Yannaras (2017) and 'Constructed Self' and Christian Mysticism in Dionysius the Areopagite and his Place in the Orthodox Tradition (2018/2019). Georgios Steiris is currently Associate Professor of Medieval and Renaissance Philosophy at the Department of Philosophy of the National and Kapodistrian University of Athens. He previously taught at the University of Peloponnese and the Hellenic Open University, and was Visiting Professor at Jyvaskyla University. He served as Secretary General of the Greek Philosophical Society from 2015 to 2016, and was awarded the Golden Jubilee Medal '80 years of Al-Farabi Kazakh National University'. He co-edited the volume Maximus the Confessor as a European Philosopher (2017).