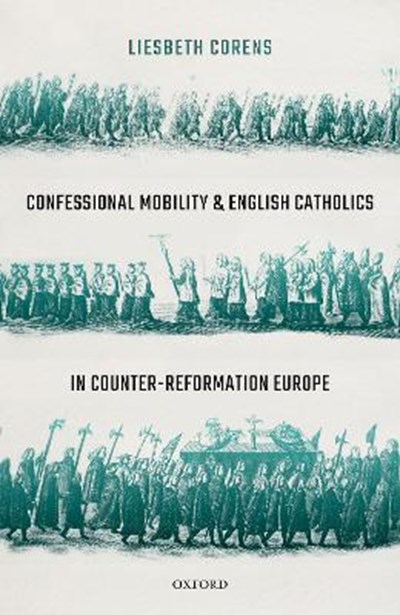 eBook FAQ
Add to Basket
Publisher: Oxford University Press
ISBN: 9780198812432
Number of Pages: 256
Published: 12/12/2018
Width: 16.5 cm
Height: 24.1 cm
Description Author Information Reviews
In the wake of England's break with Rome and gradual reformation, English Catholics took root outside of the country, in Catholic countries across Europe. Their arrival and the foundation of convents and colleges on the Continent as attracted scholarly attention. However, we need to understand their impact beyond that initial moment of change. Confessional Mobility, therefore, looks at the continued presence of English Catholics abroad and how the English Catholic community was shaped by these cross-Channel connections. Corens proposes a new interpretative model of 'confessional mobility'. She opens up the debate to include pilgrims, grand tour travellers, students, and mobile scholars alongside exiles. The diversity of mobility highlights that those abroad were never cut off or isolated on the Continent. Rather, through correspondence and constant travel, they created a community without borders. This cross-Channel community was not defined by its status as victims of persecution, but provided the lifeblood for English Catholics for generations. Confessional Mobility also incorporates minority Catholics more closely into the history of the Counter-Reformation. Long side-lined as exceptions to the rule of a hierarchical, triumphant, territorial Catholic Church, English Catholic have seldom been recognised as an instrumental part in the wider Counter-Reformation. Attention to movement and mission in the understanding of Catholics incorporates minority Catholics alongside extra-European missions and reinforces current moves to decentre Counter-Reformation scholarship.

Liesbeth Corens is a Lecturer in Early Modern History at Queen Mary, University of London, where she arrived after a PhD at the University of Cambridge and research fellowships at the universities of Cambridge and Oxford. Her works focuses on early modern Catholic minorities and their central role in the Counter-Reformation. Having finished researching for Confessional Mobility she is currently working on Creating Counter-Archives: Record-collecting and Commemoration among Catholic Minorities, ca. 1660-1730, a comparative study of the commemorative practices of both English and Dutch Catholics. With Alexandra Walsham and Kate Peters, she has edited a number of volumes on the history of archives: 'The Social History of the Archive: Record Keeping in Early Modern Europe', Past & Present Supplement, 11, (2016) and Archives and Information in the Early Modern World (OUP, 2018).