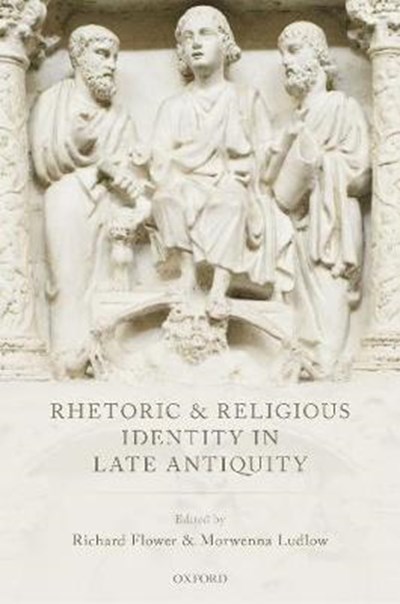 eBook FAQ
Add to Basket
Publisher: Oxford University Press
ISBN: 9780198813194
Number of Pages: 300
Published: 31/08/2020
Width: 16.2 cm
Height: 24.1 cm
Description Author Information Reviews
The topic of religious identity in late antiquity is highly contentious. How did individuals and groups come to ascribe identities based on what would now be known as 'religion', categorizing themselves and others with regard to Judaism, Manichaeism, traditional Greek and Roman practices, and numerous competing conceptions of Christianity? How and why did examples of self-identification become established, activated, or transformed in response to circumstances? To what extent do labels (whether ancient and modern) for religious categories reflect a sense of a unified and enduring social or group identity for those included within them? How does religious identity relate to other forms of ancient identity politics (for example, ethnic discourse concerning 'barbarians')? Rhetoric and Religious Identity in Late Antiquity responds to the recent upsurge of interest in this issue by developing interdisciplinary research between classics, ancient and medieval history, philosophy, religion, patristics, and Byzantine studies, expanding the range of evidence standardly used to explore these questions. In exploring the malleability and potential overlapping of religious identities in late antiquity, as well as their variable expressions in response to different public and private contexts, it challenges some prominent scholarly paradigms. In particular, rhetoric and religious identity are here brought together and simultaneously interrogated to provide mutual illumination: in what way does a better understanding of rhetoric (its rules, forms, practices) enrich our understanding of the expression of late-antique religious identity? How does an understanding of how religious identity was ascribed, constructed, and contested provide us with a new perspective on rhetoric at work in late antiquity?

Prof Richard Flower studied for his BA, MPhil and PhD in Classics at Clare College, Cambridge, and has worked at the Universities of Cambridge, Sheffield and Exeter. He specialises in the construction of imperial and ecclesiastical authority, particularly in late-antique polemical literature and heresiology. His publications include Emperors and Bishops in Late Roman Invective (Cambridge, 2013) and Imperial Invectives against Constantius II (Liverpool, 2016), and he is also editing The Cambridge Companion to Christian Heresy. Prof Morwenna Ludlow studied Classics and then Theology at the University of Oxford. She has written widely on Gregory of Nyssa. Her latest book, Art, Craft and Theology in Fourth Century Greek Authors (also published by OUP) examines the use of literary and rhetorical tropes by Christian authors and argues that they interpret themselves as both theologians and craftsmen with words.