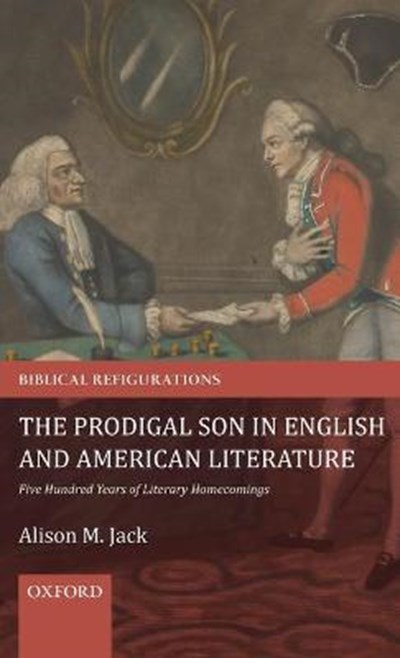 eBook FAQ
Add to Basket
Publisher: Oxford University Press
ISBN: 9780198817291
Number of Pages: 192
Published: 13/12/2018
Width: 14.8 cm
Height: 20.9 cm
Description Author Information Reviews
The Parable of the Prodigal Son is one of the best-known stories in the Bible. It has captured the imagination of commentators, preachers and writers. Alison M. Jack explores the reconfiguring of the character of the Prodigal Son and his family in literature in English. She considers diverse literary periods and genres in which the paradigm is particularly prevalent, such as Elizabethan literature, the work of Shakespeare, the novels of female Victorian writers, the American short story tradition, novels focused on the lives of ordained ministers, and the poetry of Elizabeth Bishop and Iain Crichton Smith. Drawing on scholarship from biblical and literary studies, this study demonstrates the remarkable potency of the parable in generating new, and at times contradictory, meanings in different contexts. Historical and literary criticism are brought into dialogue to explore this remarkably resilient and nimble character as he dances through drama, novels and poetry across the centuries.

Alison M. Jack is Senior lecturer in Bible and Literature at the School of Divinity at the University of Edinburgh. Her publications include Texts Reading Texts, Sacred and Secular: Two Postmodern Perspectives (1999), Scottish Fiction as Gospel Exegesis: Four Case Studies (2010), and The Bible and Literature (2012).