Kingship, Society, and the Church in Anglo-Saxon Yorkshire 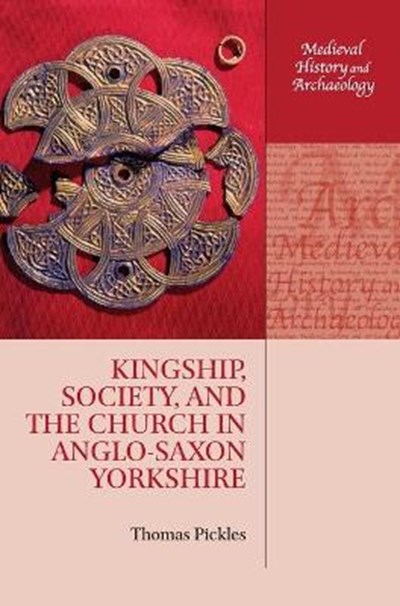 Kingship, Society, and the Church in Anglo-Saxon Yorkshire

eBook FAQ
Add to Basket
Publisher: Oxford University Press
ISBN: 9780198818779
Number of Pages: 416
Published: 29/11/2018
Width: 17.9 cm
Height: 24.9 cm
Description Author Information Reviews
Inspired by studies of Carolingian Europe, Kingship, Society and the Church in Anglo-Saxon Yorkshire argues that the social strategies of local kin-groups drove conversion to Christianity and church building in Yorkshire from 400-1066 AD. It challenges the emphasis that has been placed on the role and agency of Anglo-Saxon kings in conversion and church building, and moves forward the debate surrounding the 'minster hypothesis' through an inter-disciplinary case study. Members of Deiran kin-groups faced uncertainties that predisposed them to consider conversion as a social strategy, in their rule between 600 and 867. Their decision to convert produced a new social fraction - the 'ecclesiastical aristocracy' - with a distinctive but fragile identity. The 'ecclesiastical aristocracy' transformed kingship, established a network of religious communities, and engaged in the conversion of the laity. The social and political instabilities produced by conversion along with the fragility of ecclesiastical identity resulted in the expropriation and re-organization of many religious communities. Nevertheless, the Scandinavian and West Saxon kings and their nobles allied with wealthy and influential archbishops of York, and there is evidence for the survival, revival, or foundation of religious communities as well as the establishment of local churches.